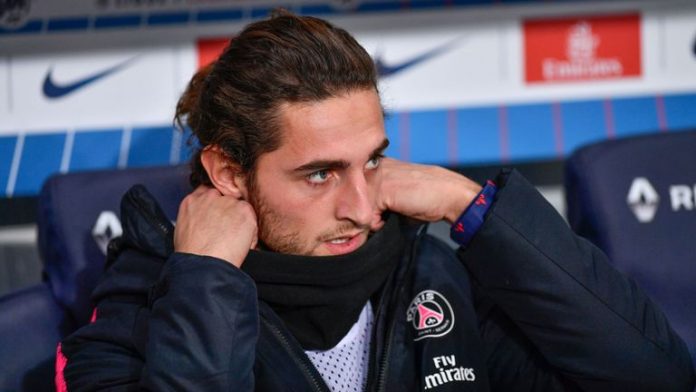 According to reports from Get French Football, Everton and Manchester United are keen to sign Adrien Rabiot from Paris Saint Germain this summer.

The report claims that both the clubs are in talks with the 24-year-old Frenchman who will be a free agent at the end of this month.

Rabiot was linked with a move to Tottenham and Barcelona as well, but both clubs weren’t keen to match his high wage demands.

Manchester United have made a formal offer to Rabiot, worth €10m a year with a €5m signing bonus, while Everton are also in talks with the Frenchman.

Interestingly, is a big admirer of Steven Gerrard and Liverpool and he prefers a move to Anfield this summer. However, the current Champions of Europe have not made any formal move for him.

Liverpool already have a solid midfield set up, but Klopp could be tempted to sign a top class defensive midfielder.

Rabiot is a technically gifted midfielder and would definitely add quality and depth to the Liverpool side. He would be a fantastic addition to the side, no doubt, but probably he is not the type of player Klopp would be interested in signing this summer.