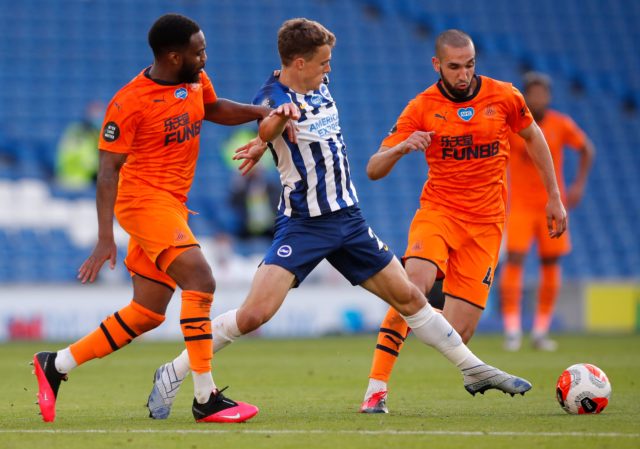 According to reports from 90 mins, Everton have expressed an interest in signing Brighton and Hove Albion midfielder Solly March.

The report adds that the Toffees are not alone in the race to sign him. Newcastle United and the newly-promoted Leeds United are also in the hunt for his signature.

The versatile midfielder has struggled for regular games last season, starting just 11 of his 19 appearances and contributing one assist.

Although Brighton are keen to tie him down on fresh terms, the three afore-mentioned Premier League clubs are showing interest in signing him.

He still has two years left on his present deal, but Graham Potter is confident that March will commit his future at Brighton.

The report claims that if Brighton fail to agree a contract extension with him, they are likely to offload him for a fee in the region of £15m.

Everton are looking to bolster their midfield this summer, and Carlo Ancelotti could be interested in bringing the 26-year-old to Goodison Park.

Leeds are also looking to add depth in their midfield region, while Newcastle’s transfer window still largely depends on whether the club will get rid of the owner, Mike Ashley.

It remains to be seen whether any of the three clubs come up with a bid for him in the next few days.