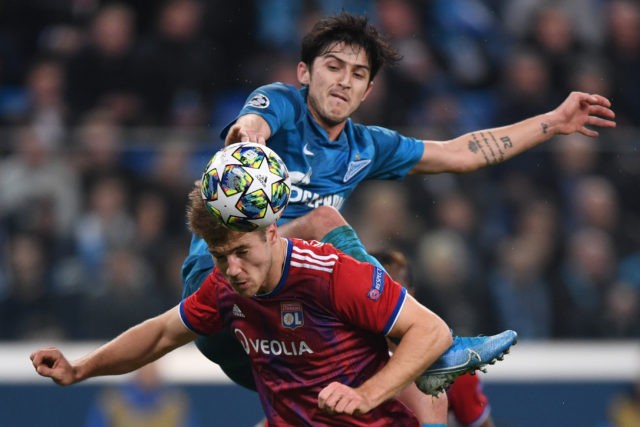 According to reports from Arena Napoli, a host of Premier League clubs are keen to sign Zenit St Petersburg striker Sardar Azmoun this summer.

Everton boss Carlo Ancelotti is looking to sign a striker this summer.

Dominic Calvert-Lewin has impressed heavily under the Italian boss but the Toffees need depth in their attacking unit.

Moise Kean has struggled to make an impact and has been linked with a move to Inter Milan. Cenk Tosun is also facing an uncertain future, while Richarlison is best used playing on the left-hand side.

Azmoun has scored 14 goals in 29 games this season for Zenit and his impressive form has attracted interest from several Premier League clubs.

The report claims that Leicester City and West Ham are also interested in signing the striker who would cost around £30 million.

Arsenal and Everton are also keen, with the player’s agent ‘would offer the Iranian to the two Premier League clubs’.

The player dreams of playing in the Premier League, and therefore a move to Goodison Park this summer cannot be completely ruled out.

Arsenal could consider him as a potential replacement for Pierre-Emerick Aubameyang. However, the Gunners have other targets as well, mainly Odsonne Edouard and Rodrigo Moreno.