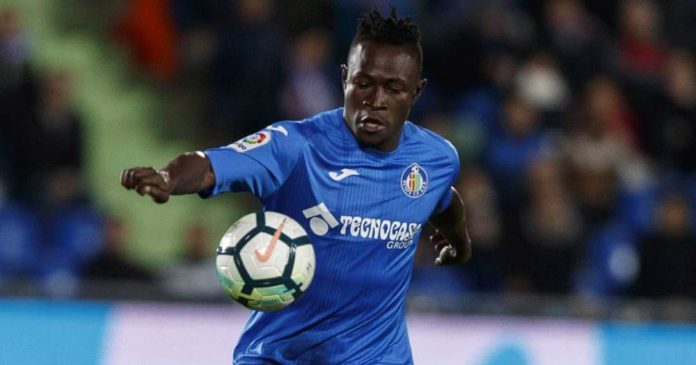 Everton fans have made it clear that they want Kurt Zouma at the club next season after their latest 2-0 win against Burnley on Friday night. The Frenchman, who is currently on loan from Chelsea, has been outstanding for the Merseyside club, and Everton probably will do their best to fork out a permanent deal for him.

But with Yerry Mina having struggled with injuries and failing to make an impact and Phil Jagielka likely to head for the exit door, Marco Silva should be turning his attention towards signing another defender in the summer.

And they may have found their target if the reports from Spain are to be believed. According to Mundo Deportivo, Everton are ‘waiting’ to make a move for Getafe defender Djene Dakonam who is also attracting interest from London giants Arsenal.

Commonly referred to as ‘Djene’, the 27-year-old defender has continued his remarkable rise to prominence with another superb campaign for Getafe. He has featured in all but three league matches so far this season, which further proves his importance in the side.

Getafe have the second best defensive record across La Liga, conceding fewer goals than both Barcelona and Real Madrid, and Dakonam has played a key role in it.

He offers versatility as he can play as a right back if needed. According to Football London, he has a £31m release clause in his contract at the Coliseum Alfonso Perez. It remains to be seen whether Everton make any concrete move for the player who is seen as a somewhat late bloomer.