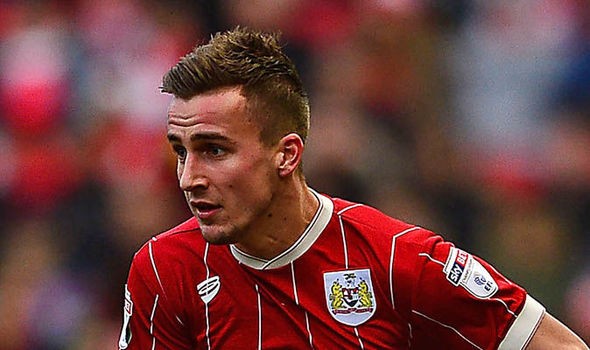 According to reports from the Sunday People (printed edition; 18/03/2018 – page 48),Everton are keen to sign Bristol City left back Joe Bryan in the summer.

The 24-year-old is one of the best left-backs in the Championship and has been a key player for Bristol. He has starred for the Robins this season with three goals and two assists to his name but could be set for a move if they fail to gain promotion to the Premier League this season.

The report claims that Everton have identified Bryan as a long term successor to England left-back Leighton Baines.

Bryan has graduated from the youth ranks at the club and Bristol City are desperate to hold on to him. However, the opportunity of playing in the Premier League could be a deciding factor, one that he may find difficult to turn down.

Everton will need to pay in the region of £15 million to sign him, but they could face competition from Aston Villa.

The Sun reported earlier this month that Villa are interested in signing him if they win promotion to the Premier League this season.