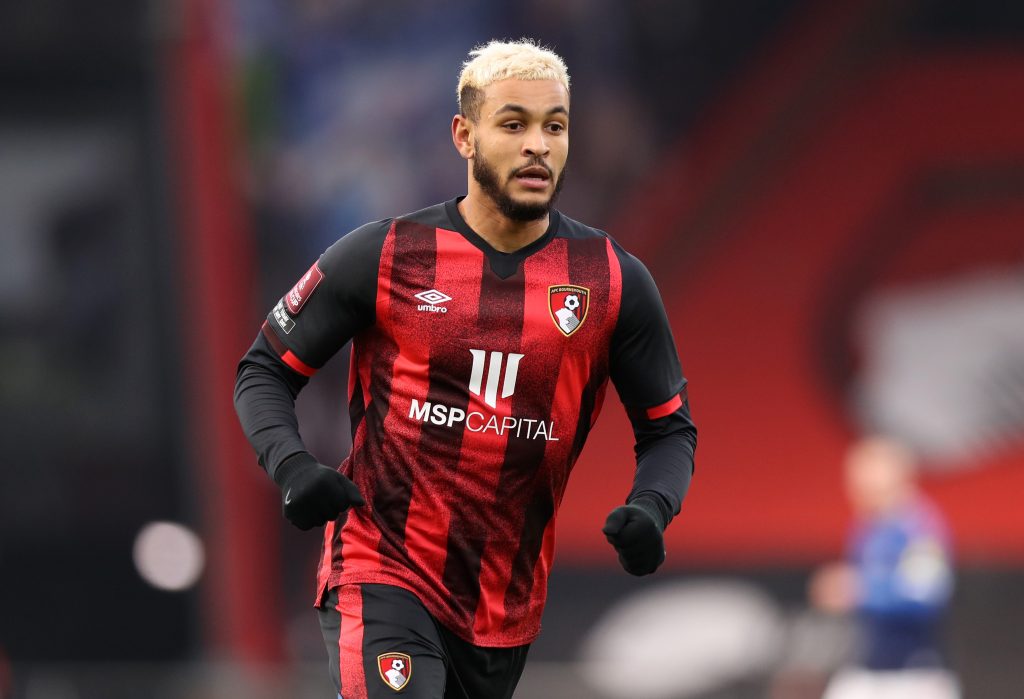 According to The Sun, Everton and English Championship outfit Bournemouth are talking about a swap deal that will see Norwegian striker Joshua King move to Goodison Park before the end of the January transfer window.

The Cherries want either young centre-back Jarrad Branthwaite or out-of-favour right-back Jonjoe Kenny in return, and are also hoping to get some cash from the deal as the 28-year-old enters the last six months of his contract.

Everton are long-term admirers of King, who came very close to sealing a return to Manchester United last January, and are keen to strengthen their attack in the coming days.

The Bournemouth star is also wanted by West Ham United, West Bromwich Albion and Newcastle United, and he is expected to be back in the top-flight this month or in the summer.

Everton have Dominic Calvert-Lewin as their first-choice striker, and while the England international has hit 14 goals in 19 appearances this term, he is currently on a six-game barren run in the Premier League and could do with some quality competition.

Cenk Tosun scored in yesterday’s 2-1 win over Rotherham United in the FA Cup third round, but the Turkey international could still leave before the end of the month if he doesn’t get enough chances in the league.

King would be a fine addition to give Calvert-Lewin fierce competition and quality cover, and his ability to also play on the wing would come in very handy.

The Bournemouth star bagged 42 goals in five seasons in the top-flight, but is currently unsettled at the Vitality Stadium and is without a goal in eight Championship appearances so far this term.

King could be keen to return to the Premier League right now, but he may yet wait until the end of the season to leave for free.

Bournemouth would prefer the former option, and Everton could be willing to use Kenny as a makeweight in any deal.