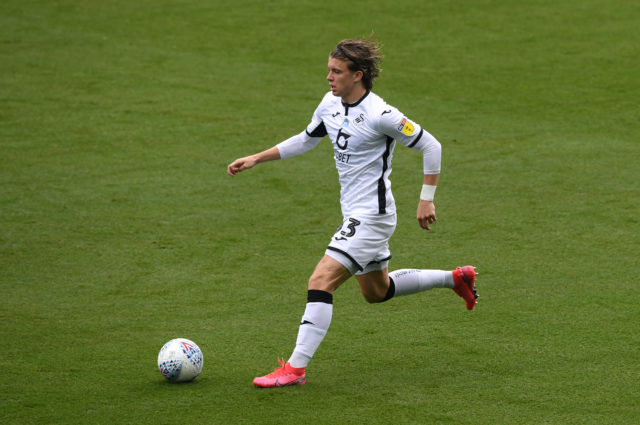 According to reports from The Sun, Crystal Palace are looking to sign Chelsea’s midfield dynamo’ Conor Gallagher this summer.

The report claims that the Eagles are looking to bolster their midfield and have earmarked the youngster as an ideal candidate.

Roy Hodgson’s side would try to sign the 20-year-old either on loan or permanently. In fact, they are preparing a bid in the region of £10 million to bring him to Selhurst Park this summer.

Stamford Bridge has been a happy hunting ground for the Eagles in terms of transfer dealings. Gary Cahill has been their latest addition while the likes of Ruben Loftus-Cheek and Michy Batshuayi previously had successful loan spells.

The Palace boss is hopeful that Frank Lampard will allow the youngster to leave the club permanently.

Gallagher has spent time away from the club on loans at Charlton Athletic and Swansea City. Although he has two years left on his current deal at Chelsea, it is unlikely that he would get regular opportunities next season in the senior team.

Therefore, a move to another Premier League club could appeal to the youngster.

Gallagher is a Chelsea academy graduate but it is really difficult for him to get into the star-studded Chelsea squad at the moment.

He has proved his potential at the Championship level, and a move to Selhurst Park would be a smart career choice for him.