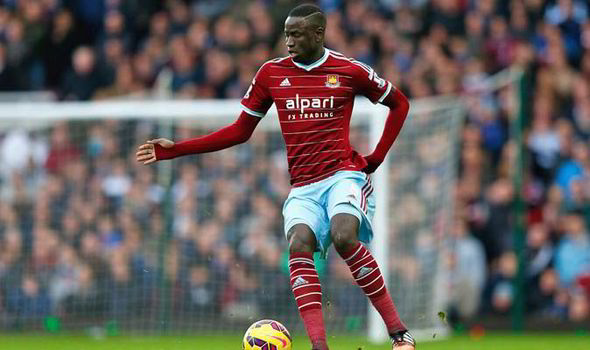 According to a report published by Sky Sports, Crystal Palace are currently in talks with West Ham and are weighing up a possible £10 million deal for Cheikhou Kouyate.

The Senegal international Kouyate joined the Hammers in 2014 and went on to establish himself as a first-team regular whilst playing under the likes of Sam Allardyce, Slaven Bilic and David Moyes.

However, it looks as though the 28-year-old will leave the club this summer under Manuel Pellegrini.

West Ham have so far had an impressive summer in terms of transfers as they have brought in the likes of Felipe Anderson, Issa Diop, Andriy Yarmolenko, Lukasz Fabianski, Ryan Fredericks and Jack Wilshere.

After spending £94.9 million on recruiting new talent, the Hammers do however need to raise funds and it looks like Kouyate as well as team-mates Pedro Obiang and Michail Antonio could also be on their way out of the club.

The East Londoners are said to be in advanced talks with Sampdoria over the transfer of Obiang while Palace are also interested in the talented but injury prone Antonio.