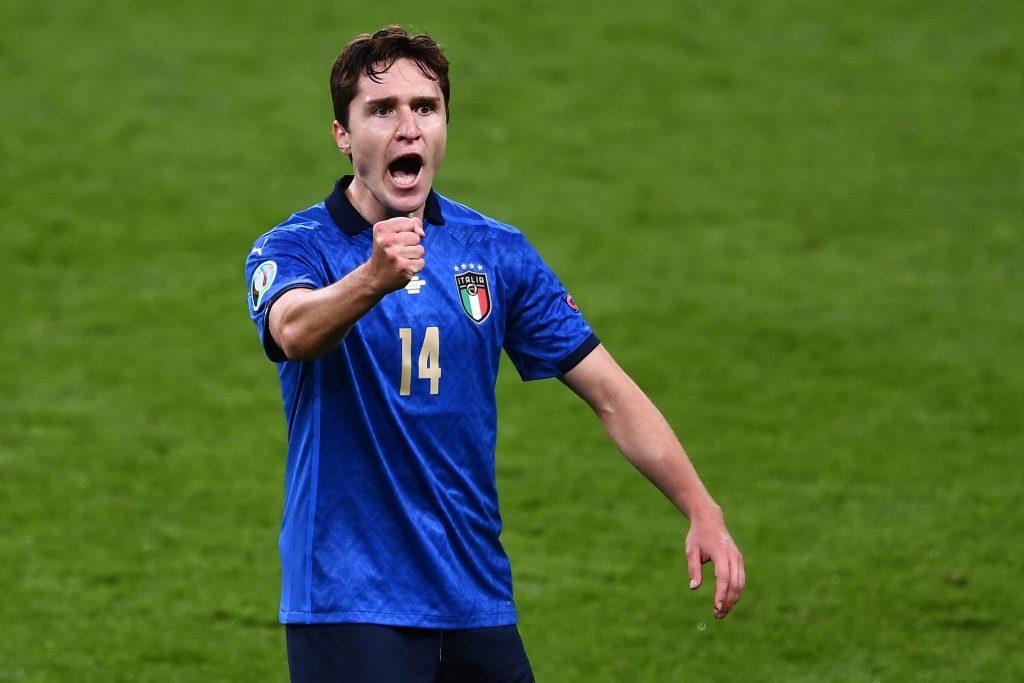 Liverpool will have to pay at least €90 million (£78 million) if they want to sign Federico Chiesa from Juventus, according to a report from Calciomercato.

Reds boss Jurgen Klopp may well be keen to bolster his attacking ranks at Anfield this summer.

Mohamed Salah, Sadio Mane and Roberto Firmino are all set to turn 30 next season. Adding some young blood to his ranks at Liverpool will be a vital move for Klopp.

And it seems as though there is one player who is really attracting attention from the German.

Calciomercato suggest that the Merseyside giants are ‘crazy’ for the 23-year-old attacker, and it’s little wonder why.

The former Fiorentina ace is a truly sensational talent. He can play on either wing or even through the middle as an unorthodox number nine.

He has impressed for Italy at Euro 2020 this summer with two goals to his name.

The Italian lit up the semi-final at Wembley Stadium on Tuesday night with a superbly taken strike against Spain.

Chiesa racked up an impressive 14 goals and 10 assists in 43 games for Juve last season.

He has all of the physical attributes needed to play for Klopp’s Liverpool side.

Chiesa and the Reds seem to be a great fit.

However, whether Fenway Sports Group are prepared to pay anything like £78m to secure his signature is entirely another matter.