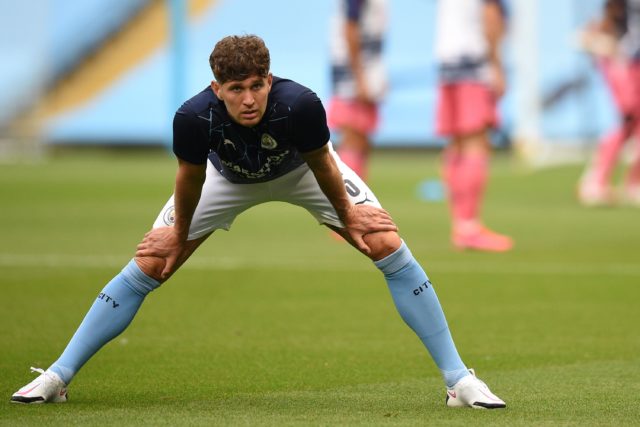 According to reports from the Daily Mail, Chelsea are looking to secure a cut-price deal for Manchester City defender, John Stones, in the summer transfer window.

The 26-year-old only made 16 appearances in the Premier League last season, and he has dropped down the pecking order at the club.

It has been reported that City could offload Stones this summer.

Frank Lampard is desperate to bolster the Chelsea defence. The Blues have been heavily linked with a move for Declan Rice, but West Ham are reluctant to sell their prized asset.

In fact, the Hammers are demanding a fee in the region of £80m for Rice, and Chelsea aren’t willing to meet that amount.

As a result, the Blues have turned their attention towards signing Stones.

The report claims that Blues might be able to secure a cut-price deal for the England defender whose stock has fallen at the Etihad Stadium.

They even consider securing his signature on loan. He is well-regarded at Stamford Bridge, and Chelsea have previously tried to sign him during Jose Mourinho’s second spell in charge.

Chelsea could face strong competition from London rivals West Ham this summer. According to a recent report from Football Insider, the Hammers boss David Moyes has identified Stones as a prime target to bolster the central defensive department.