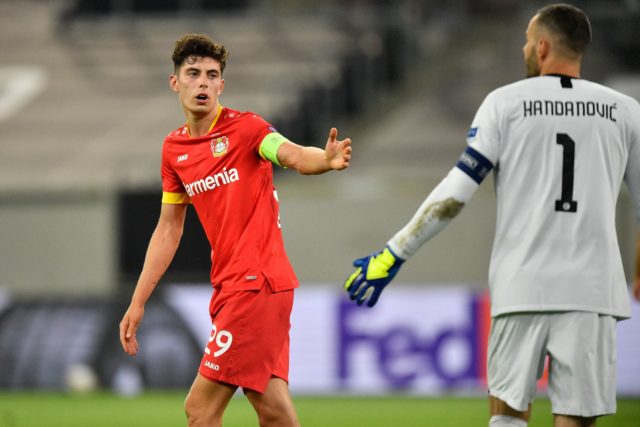 Chelsea are closing in on the signing of Kai Havertz from Bayer Leverkusen in the summer transfer window, according to reports from The Guardian.

The Blues submitted an initial offer of €65m (£58.6m) plus €15m in add-ons earlier this week. However, it was rejected immediately with the German club demanding a fee in the region of £90m.

Chelsea are hoping to sweeten the deal with lucrative add-ons and bonuses. They have moved closer to the Bundesliga side’s valuation during a productive meeting on Wednesday.

According to reports from The Times, the Blues need to agree on a payment schedule after already agreeing terms on a five-year deal with the player.

The Blues have already strengthened their attack with the signings of Timo Werner and Hakim Ziyech. And adding Havertz, who is arguably one of the best young talents in world football, would be a great coup for the club.

The Times also adds that Chelsea are interested in signing Thiago Silva who is due to leave the French champions PSG after his contract expires at the end of the season.