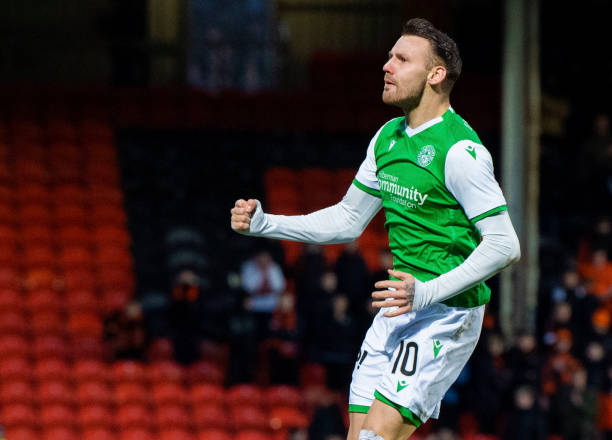 According to The Scottish Sun, Celtic head of football operations Nick Hammond was at Easter Road to run the rule over Hibernian winger Martin Boyle against Hamilton Academical last night.

The forward definitely impressed the Hoops chief, putting in a man-of-the-match performance as he had a hand in both Hibs’ goals to help his side to a 2-1 win.

Celtic are looking to boost their wings following the departure of Scott Sinclair to Preston North End.

Boyle’s pace and accurate crosses will definitely come handy at Parkhead, but Hibs won’t be looking to let their star player leave midway through the campaign, and it remains to be seen if Celtic will make a move in the coming days.

The 26-year-old has scored three goals and assisted three others in Hibs’ last four games, and his recent form has definitely caught the Hoops’ eyes.

Celtic boss Neil Lennon worked with the Australia international at Hibs, and a reunion could be on the cards this month or in the summer if Boyle keeps impressing.