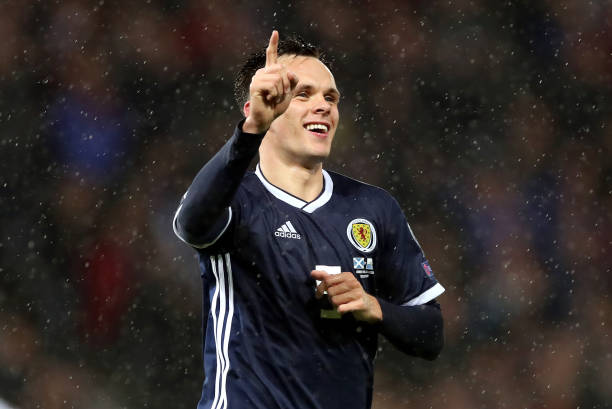 According to The Scottish Sun, Celtic’s head of football operations Nick Hammond watched Dundee United striker Lawrence Shankland in action against Partick Thistle yesterday, and he would have been left impressed after the Scotland international grabbed a perfect hat-trick in the 4-1 victory.

Rangers are also keen on Shankland and did send scouts to run the rule over him earlier in the season.

The 24-year-old has now scored 25 goals in 26 games across all competitions this term and will almost certainly be playing in the Scottish Premiership next season.

Dundee United are 17 points clear at the top of the Scottish Championship and are edging closer to a return to the top-flight.

Celtic and Rangers are both in fierce battle for the Premiership title and could do with a quality hitman like Shankland to boost their chances, but they will likely have to wait until summer to have a chance of landing their man.

Dundee Utd can’t afford to let their star player leave midway through such an important campaign, and it remains to be seen if the striker himself is looking to leave this month.

Celtic could be without Odsonne Edouard after the end of the campaign, while Rangers could also lose Alfredo Morelos in the summer with English Premier League sides keen on both strikers.

The Hoops and Light Blues will be left desperate to land a quality replacement once that happens, and the battle for Shankland’s signature will definitely be fierce.