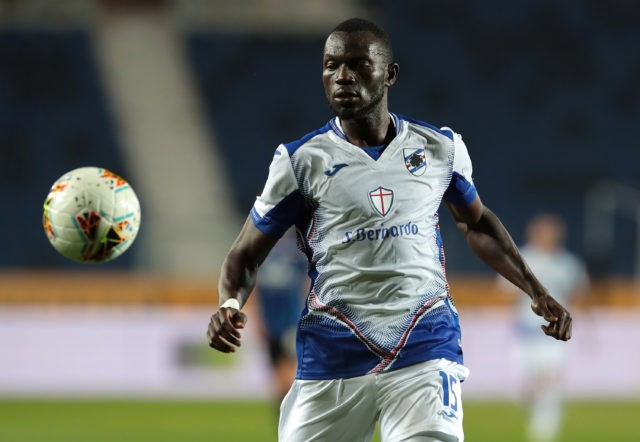 Neil Lennon has made three signings already, but the Celtic boss is still looking to bring in more new faces in the summer transfer window.

The Scottish champions are looking to bolster their defence this summer, and have earmarked Sampdoria defender Omar Colley as a potential option.

The Bhoys have a pretty solid defensive set-up, but it seems Lennon is still keen to sign a defender with Kristoffer Ajer being linked with a move away from the club.

According to reports from Italian newspaper Secolo XIX (h/t The Scottish Sun), Celtic have submitted a formal bid for the 27-year-old defender.

The Gambian international is keen on a move away from Serie A, and he is attracting interest from a host of clubs in the Premier League.

Celtic are looking to sign the player on loan, with a view to making the move permanent next summer.

The total fee is expected to be in the region of £7.6 million, inclusive of the £1.8 million initial loan cost.

Several Premier League clubs including West Ham and Aston Villa are keen to sign the defender.

The Hammers are operating on a tight budget, but David Moyes should be looking to challenge Celtic for Colley’s signature.

In fact, the Sampdoria defender reportedly fancies a move to the Premier League and would welcome the opportunity to play for a London club.