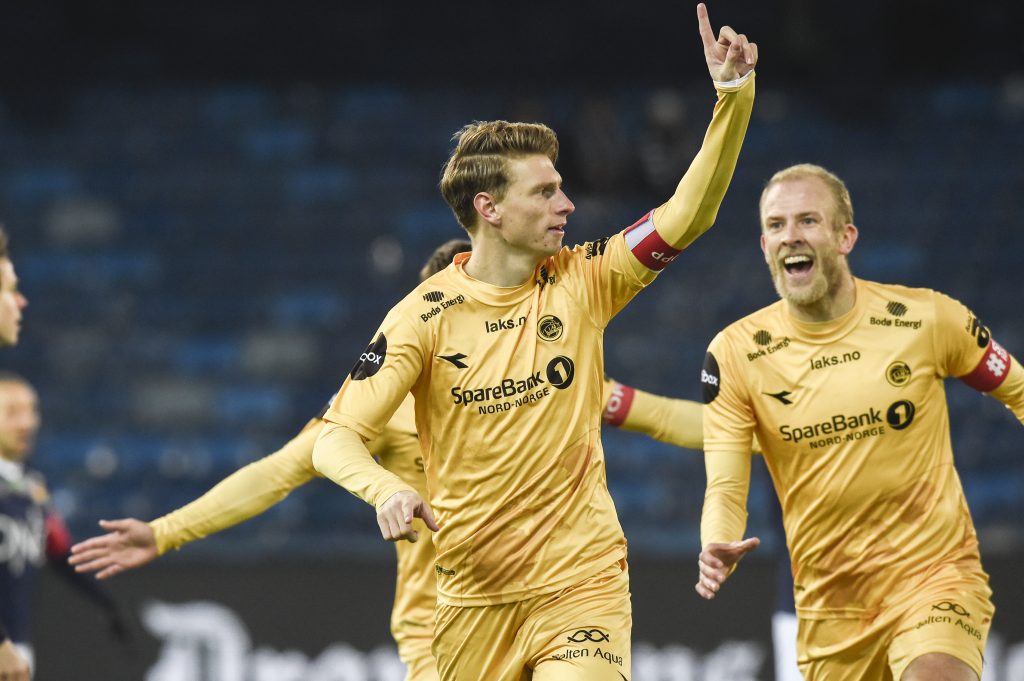 Bodo-Glimt star striker Kasper Junker has told The Athletic that he is very much open to leaving his club before the end of the January transfer window, and that could be good news for Celtic.

The Scottish Premiership giants are interested in recruiting the services of the 26-year-old, and his latest comments could come as a huge boost.

While Junker would ideally love to move to England, the new Brexit rules make it trickier for his next destination to be the UK, and it will be interesting to see what happens going forward.

The Norwegian bagged 27 goals and weighed in with eight assists in 25 games as Bodo-Glimt won the Norwegian top-flight last year.

The league campaign ended on December 19, and Junker has kept himself fit in the gym as he holds out for a move.

Celtic have run the rule over the prolific striker, but they aren’t the only ones keen on him.

According to TEAMtalk, Derby County, West Bromwich Albion, Crystal Palace, Swansea City, Middlesbrough and Bristol City have all cast their eyes over him too, and more suitors could emerge in the coming days.

Under the new work permit regulations it is believed that Junker would qualify for one despite the fact that he is not a full international, and that could hand Celtic a chance.

Neil Lennon’s side have found themselves 22 points behind Rangers with four games in hand in the Scottish Premiership table, and they will be keen to make quality additions to their squad this month in order to get their title charge back on track.

With Odsonne Edouard struggling in front of goal this term, landing a quality finisher like Junker could help revive their campaign as we enter the second half of the 2020-21, but whether they can pip the English clubs to his signature remains to be seen.