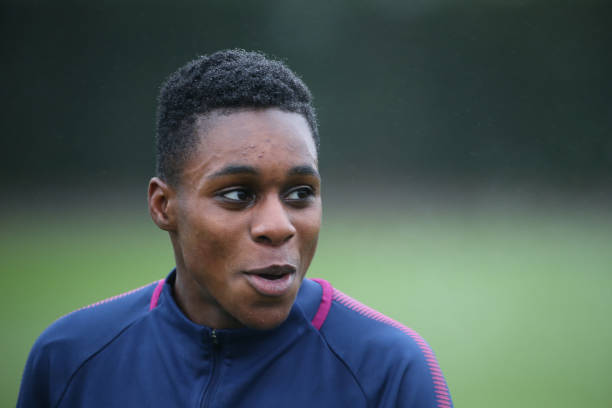 According to The Athletic, Celtic right-back Jeremie Frimpong is already the quickest player in Scotland less than two weeks after arriving from Manchester City.

The 18-year-old signed a four-year contract with the Hoops on transfer deadline day and is expected to feature in manager Neil Lennon’s first-team, providing cover and stiff competition for Moritz Bauer.

Frimpong cost Celtic an initial £350,000, but the deal could rise to £1 million, given various clauses that will be activated, including first-team appearances and achievements.

The Dutch youngster helped City reach the under-21s the Checkatrade Trophy last eight, and he also impressed as the under-18s reached the FA Youth Cup final.

However, Celtic believe he has all it takes to play first-team football this season, and it will be interesting to see how he fares.

Frimpong first caught the eyes of the Scottish Premiership giants during a game against their Under-23s, and is without a doubt an exciting talent.

So, it is not surprising that Man. City inserted a sell-on clause that entitles them to 30% of any fee he commands anytime he leaves Parkhead.

The Celtic full-back can also play on the wings, and having spent nine years in City’s academy prior to signing, he definitely brings loads of quality to the table.