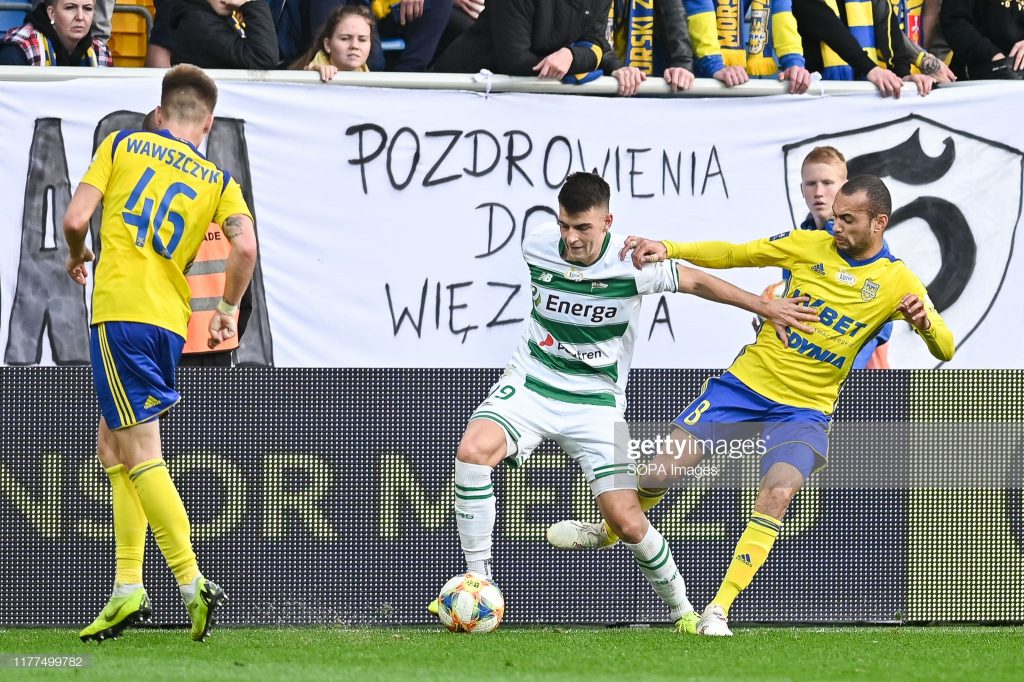 According to Polish outlet Zagranie (via The Scottish Sun), Celtic are interested in bringing Lech Gdansk right-back Karol Fila to Parkhead this January.

The 21-year-old has been a regular starter for his side, making 23 appearances already this term, and weighing in with five assists.

Hoops manager Neil Lennon wants to strengthen his squad this month, and his side are said to be showing strong interest in Fila.

Celtic aren’t short of options at right-back, though, with the trio of Jeremie Frimpong, Moritz Bauer and Hatem Abd Elhamed all available options, while Lee O’Connor is currently impressing with the reserves.

Fila brings quality and depth to the table if snapped up, though, and he’s not short of experience with 61 games under his belt.

The youngster is also a Polish Cup and Polish Super Cup winner, featuring in 32 games as Gdansk secured both prizes last term.

The Poland Under-21 international could be a bargain buy and fetch Celtic a lot of profit in the future, but it doesn’t appear that they are in dire need of his services at the moment, and it will be interesting to see what happens in the coming days.

The Hoops will look to finish the campaign on top of the league for the ninth season running, but Rangers are breathing down their neck, and last weekend’s defeat at the hands of Steven Gerrard’s side highlighted their need for January reinforcements.

However, it is at the front that Celtic need quality additions, and why they want another right-back, if they indeed do, remains unknown.