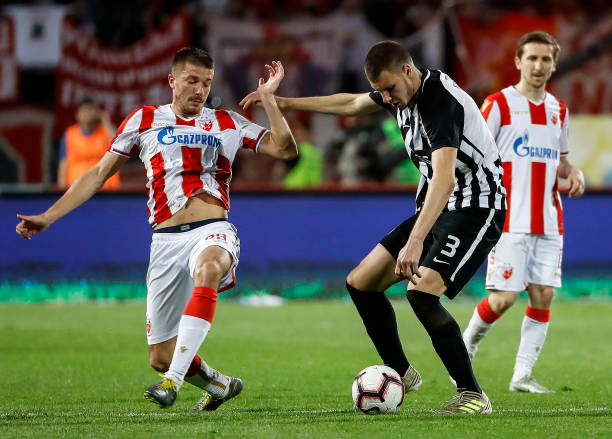 According to The Scottish Sun, Celtic manager Neil Lennon was present at yesterday’s Europa League qualifying clash between Connah’s Quay and Partizan Belgrade to run the rule over centre-back Strahinja Pavlovic.

The £4.5 million-rated 18-year-old was recently linked with a move to Serie A giants Juventus due to his huge potential and talents, and the Hoops boss was keen to see him firsthand.

The 6ft 4in defensive powerhouse can also play as a holding midfielder and has caught the eyes of many despite only making his senior bow in February and playing 15 times last term.

Pavlovic has two years left on his deal with Belgrade and has been described as a mix between Nemanja Vidic and Alessio Romagnoli.

Celtic are looking to further boost their backline this summer, and could also do with a quality addition in defensive midfield.

The Serbian star could fit in perfectly at Parkhead and it will be interesting if the Hoops will follow up their interest with a bid.

Lennon definitely would have loved what he saw of Pavlovic, and he will be keen to add such a quality player to his squad.