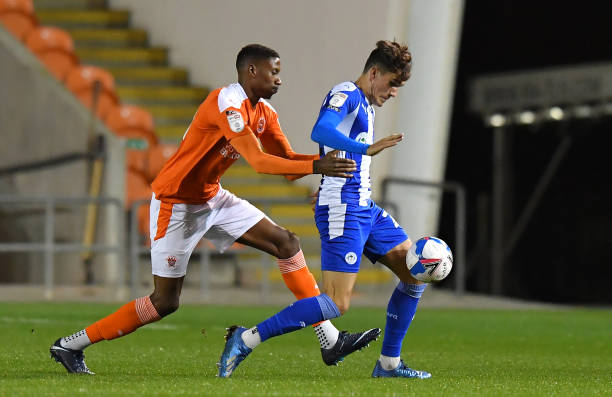 According to the Daily Mirror’s David Anderson, Celtic and Sheffield United have joined Rangers and Tottenham Hotspur in the race for Wigan Athletic striker Kyle Joseph.

Spurs and the Light Blues were linked with the Scotland under-19 international earlier this week, and it’s not a surprise to see the Blades and Hoops both keen on the teenager too.

With four goals to his name in 11 League One appearances so far this term, Joseph is proving his quality and huge potential in front of goal, and it is natural for him to have caught the eyes of the bigwigs.

The Scottish striker can agree to a pre-contract with clubs outside England this month, and Celtic will be looking to pip their bitter rivals Rangers and his Premier League suitors to his signature sooner rather than later.

Neil Lennon’s men were held to a 1-1 draw by Hibernian last night, and they find themselves 21 points behind Steven Gerrard’s men with three games in hand.

Celtic could do with quality additions to their squad before the end of the January transfer window if they wish to revive their Scottish Premiership title bid and keep their 10-in-a-row ambitions alive, and they should not hesitate to sign Joseph should Wigan look to cash in on him this month.

Sheffield Utd have found themselves rooted to the bottom of the Premier League table after just two draws and 15 defeats in 17 games, and a lack of goals has played a huge role in their woeful run.

Chris Wilder’s men have found the back of the net just eight times in the campaign thus far, and landing a quality striker this month is pertinent if they want to boost their already-slim survival chances.

Whether the Wigan kid can help both teams solve their problems remains to be seen, but taking a punt on him would not hurt.