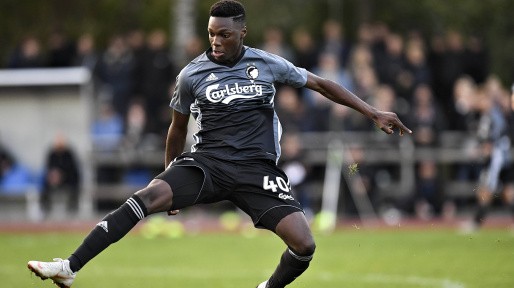 According to reports from Football website 90Min, European Champions Liverpool and Scottish Premiership winner Celtic are in the race to sign FC Copenhagen attacker Mohammed Daramy.

The 17-year-old is a highly talented young attacker and has been playing regularly for the Danish side’s senior squad after his debut for his boyhood club in December 2018.

He is developing well under the tutelage of former Wolves boss Stale Solbakken, and has scored five goals for Copenhagen in 27 appearances.

His meteoric rise has been noticed by some of Europe’s heavyweight clubs, with Liverpool being one of them. The Reds have scouted the teen already, and they are heavily impressed with what they have seen.

German clubs RB Leipzig and Borussia Dortmund are also tracking his progress, while Celtic are also showing a keen interest in him.

The youngster has a contract at the club till 2021. Of all the interested parties, Liverpool are the most serious about landing him. The Reds are already considering making an offer.

Daramy is gradually progressing at his boyhood club and he is playing regularly. A move to Liverpool will be a massive shift in his career, and something he will find hard to reject.