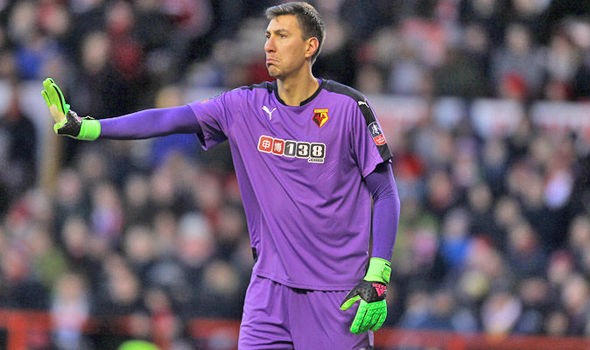 According to The Sun on Sunday (print edition, June 3, 2018 – page 59).Aston Villa are interested in signing Watford goalkeeper Costel Pantilimon in the summer transfer window.

The 31-year-old is a vastly experienced goalkeeper and would be a smart signing for Villa in the summer transfer window.

He won the title with Manchester City in 2013-14 and has 27 caps for the Romanian national team. Pantilimon joined Watford in 2016 from Sunderland and spent the second half of this past season on loan at Villa’s Championship rivals Nottingham Forest.

He did well during his loan spell at Forest and now Villa are looking to sign him in the summer transfer window.

The British tabloid claims that Villa want to secure the services of Pantilimon on a season-long loan deal.

Watford reportedly want to get him off their books, but they could loan him out if any potential club pays his wages in full.

Villa will play in the Championship next season after they failed to secure promotion to the Premier League last term.