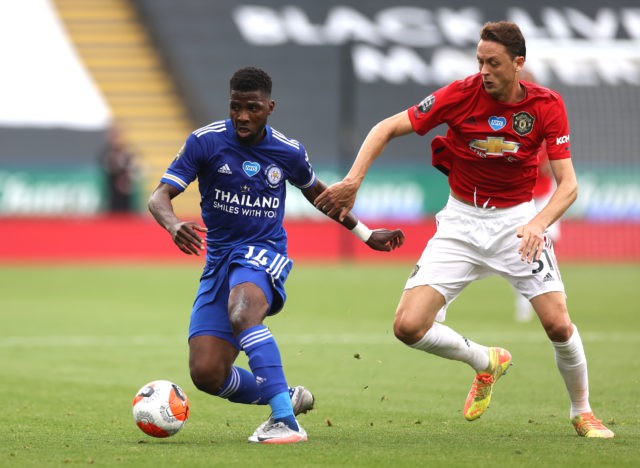 According to reports from All Nigeria Soccer, Aston Villa are lining up a move for Leicester City striker Kelechi Iheanacho in the summer transfer window.

Having secured Premier League safety on the final day of the season, Villa are now looking to take a fresh approach in the transfer market.

Last summer, they made a wholesome clearance and signed too many players which hampered their performance.

According to reports from Express and Star, Villa are looking to sign players who have Premier League experience and can make an instant impact in the side.

Villa have Keinan Davis and Mbwana Samatta as their top strikers but both failed to find the net since the restart.

With that in mind, the club is looking to make a move for former Manchester City striker Iheanacho this summer.

The 23-year-old joined Leicester City from Manchester City three years ago for a fee of £25m, but he has never nailed down a regular starting place for the Foxes.

Having largely played second fiddle to Jamie Vardy, Iheanacho has found regular football hard to come by at Leicester City.

However, he is a very good striker and probably all he needs is a change of scenery. Despite being used mainly from the bench, Iheanacho scored 10 goals and provided four assists last season.

THe has 23 caps under his belt for his country already, and Iheanacho would be a cracking signing for Villa if they can land him.