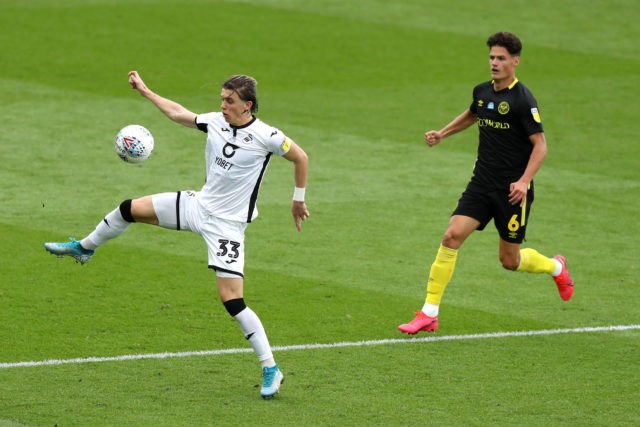 According to reports from The Guardian, Aston Villa are in talks to sign Chelsea youngster Conor Gallagher.

Villa could face competition from Premier League rivals West Bromwich Albion for the signature of the 20-year-old midfielder.

The report claims that Leeds United and West Ham have been alerted to his availability as well.

Crystal Palace were heavily interested to sign the young midfielder this summer. However, the Eagles have shifted their attention towards signing Michy Batshuayi on loan from Chelsea.

Therefore, Palace won’t be able to sign two players on loan from the same Premier League club. As a result, other Premier League rivals now fancy their chances of signing Gallagher who impressed last season heavily on loan at Swansea City.

Villa, meanwhile, have agreed a club-record deal to sign Ollie Watkins from Brentford. However, it seems they are keen to land Gallagher on loan as well.

According to reports from the Daily Mail, Chelsea are planning to give Gallagher a new contract once he returns from international duty.

Leeds have signed two players already – Rodrigo and Robin Koch – but it seems the Yorkshire club are looking to add more bodies before the start of the new season.

Gallagher is an exciting young talent and would be a superb signing for both Leeds and Villa. As it stands, Villa and West Brom are leading the chase, and they have already initiated talks over a potential move for the youngster.