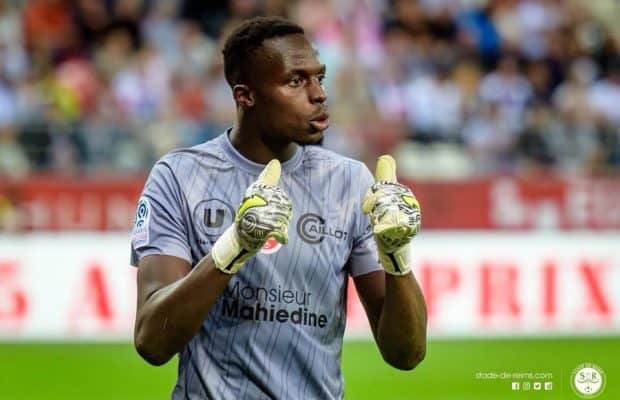 The two-time Senegal international is considering the option of leaving Stade Reims after three years with the top-tier French side.

He is reportedly seeking a new challenge and has plenty of admirers. French trio Marseille, Rennes and Montpellier are all interested in landing Mendy this summer.

However, Premier League clubs are now showing keen interest in signing the goalkeeper, with Norwich and Aston Villa having been embroiled in a transfer tug of war earlier this week.

The report claims that both clubs made enquiries on the phone this week over his availability.

Villa are thought to be looking for a top goalkeeper this summer. They have Jed Steer who has just signed a new deal for Villa.

However, with Lovre Kalinic all set to leave after a dismal six months at Villa and Orjan Nyland still recovering from a long term knee injury, Dean Smith is keen to sign a reliable keeper.

Mendy is a very good goalkeeper and he has everything to be a success at Villa. He would be a fantastic addition for Smith’s side.