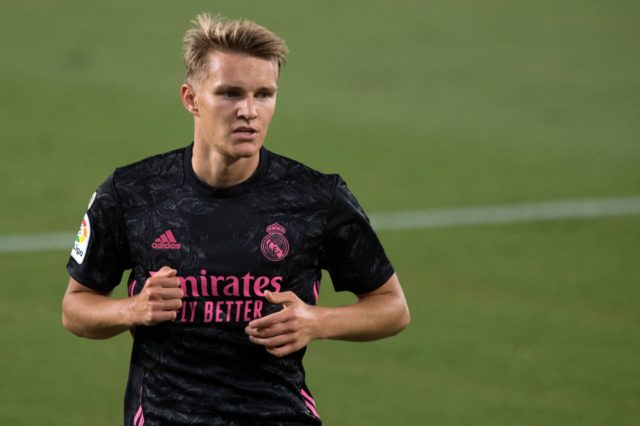 Popular Italian journalist and transfer expert, Fabrizio Romano, has claimed that Martin Odegaard is really close to joining Arsenal on loan this month.

Romano claimed yesterday that the deal is ‘expected to be completed in coming hours’. However, it seems, the two clubs are still negotiating and that there are some details that need to be sorted out.

Real Madrid and Arsenal have been negotiating for Ødegaard also tonight.

The agreement is really close as reported yesterday – there are still details to be sorted out. No Real Sociedad, no Ajax: Ødegaard wants Arsenal.

David Ornstein of the Athletic claimed yesterday that Odegaard will not have to isolate because of his positive COVID-19 test, and so it shouldn’t have an impact on the progress of his proposed loan move.

If Arsenal get Odegaard deal agreed (still work to do) he has an elite sportsperson exemption — no isolation with negative #COVID19 test. Rule change since last window when Partey did medical in Spain & Gabriel isolated on arrival @TheAthleticUK #RMFC #AFC https://t.co/wzeIAoaNJG https://t.co/j8MTfObIFi

Real Sociedad were interested in signing him this month, but it seems the Gunners have won the race for the Norwegian attacking midfielder.

Odegaard spent a fruitful loan spell at Sociedad last season, and it was expected that he would join them this month. However, a late move from Arsenal has made him change his plans.

The 22-year-old is a highly-talented player but he has become surplus to requirements at Madrid at the moment. He has struggled for regular games this season, and a move away from Los Blancos makes a lot of sense.

Romano has now delivered the latest update on Twitter and the Arsenal fans will surely love this. It looks like Odegaard is now pushing the deal through, and it is only a matter of time now before the two clubs reach an official agreement.