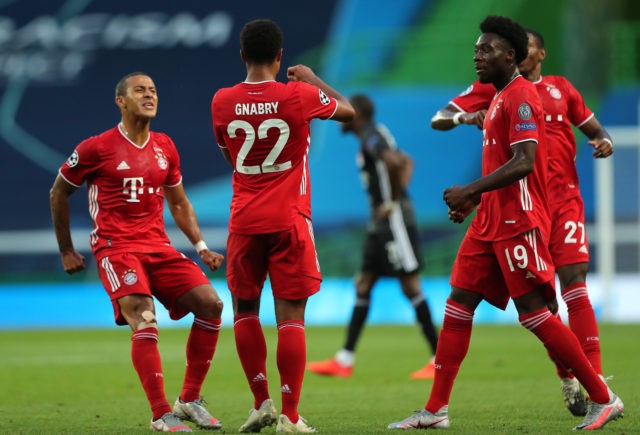 According to reports from the Daily Mail, Arsenal have joined the race to sign Thiago Alcantara from Bayern Munich.

The report claims that the Gunners ‘have checked’ on the highly experienced Spanish midfielder.

Thiago has one year left on his present deal at Bayern and has expressed his desire to move elsewhere, preferably in the Premier League.

He is reluctant to sign a new deal, and Bayern are looking to offload him.

Premier League champions Liverpool also hold an interest in signing Thiago but the Reds are reluctant to pay Bayern’s asking price of around £23million.

He is 29, and will be free to discuss a Bosman from January.

Thiago was a key player for Bayern before the pandemic. However, the German club have enough depth in their squad, and his absence wasn’t felt severely.

The likes of Leon Goretzka and Joshua Kimmich have adapted well in the central midfield role, and Bayern feel the time is right for Thiago to leave.

Arsenal are showing an interest to sign him but they need the figures to be dropped.

The Gunners have recently signed 17-year-old wonderkid Salah-Eddine from Feyenoord but Thiago would be a massive addition to the side.

However, Liverpool are still leading the race for his signature.

According to reports from The Express, the Reds will be starting negotiations with Bayern in the upcoming week.

The midfielder is equally keen to sign for the Reds, and he is excited about the prospect of playing for Jurgen Klopp.