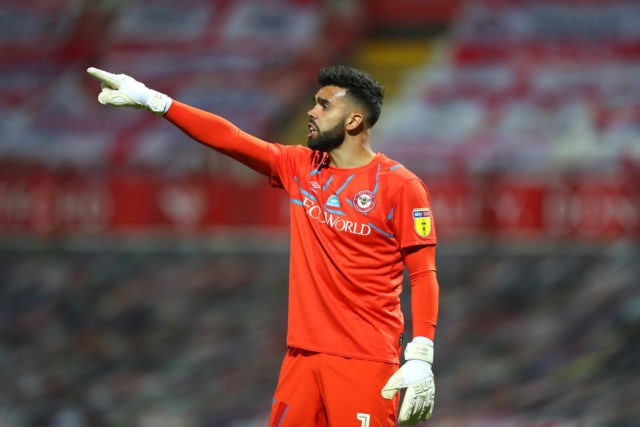 Arsenal are reportedly ready to step up their chase to sign David Raya from Brentford this summer.

The Sun claims that the Gunners are ready to pay as high as £10million for the Spaniard, who would be Bernd Leno’s back-up.

Brentford have already sold Ollie Watkins to Aston Villa and could lose another star player in Said Benrahma. The report claims that the Championship club may sell Raya who is keen to play in the Premier League.

The Bees are planning to look at Charlton’s Dillon Phillips as a replacement.

The 24-year-old will come as a direct replacement for Emiliano Martinez who is all set to join Aston Villa in the coming days.

The 28-year-old was at Birmingham yesterday to complete his medical ahead of his move to Aston Villa.

And if he passes, as expected, his signing will be announced by Villa imminently in a £20million deal.

The Argentinian goalkeeper has agreed a long-term contract believed to be worth around £60,000-a-week to join the Premier League rivals.

Raya was a key player for Brentford last season as he made 49 appearances in the Championship. He would be a decent back-up option for the Gunners.