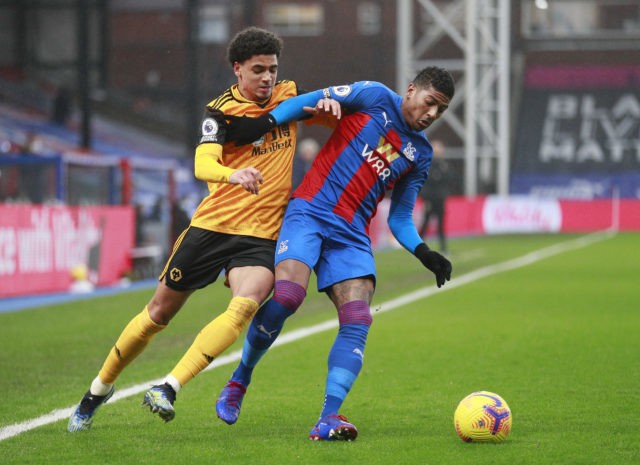 According to reports from The Mirror, Arsenal are looking to sign Patrick van Aanholt from Crystal Palace before Monday’s transfer deadline.

The Gunners are looking to sign a back-up left-back, and have earmarked the Dutch defender who is on £55k-per-week at Selhurst Park.

The report claims that Mikel Arteta wants to sign a new left-back to provide cover and competition for Kieran Tierney.

Arsenal were linked with a move for Tyrick Mitchell last week, but the Eagles see him as a long-term option.

The 12-times capped Netherlands defender joined Palace in 2017 from Sunderland and has made over 120 appearances, scoring 14 goals.

The 30-year-old has a wealth of Premier League experience and would be a smart signing for the Gunners.

The former Chelsea defender is out of contract in the summer and Palace could be tempted to let him leave now to avoid losing him for free in six months’ time.

The Dutch defender has managed 11 appearances this season for Palace and has one assist to his name as well.

With his contract expiring, this represents an ideal opportunity for van Aanholt to move to an elite Premier League club. Moreover, he will be able to continue living in London, and the move makes sense for all parties involved.