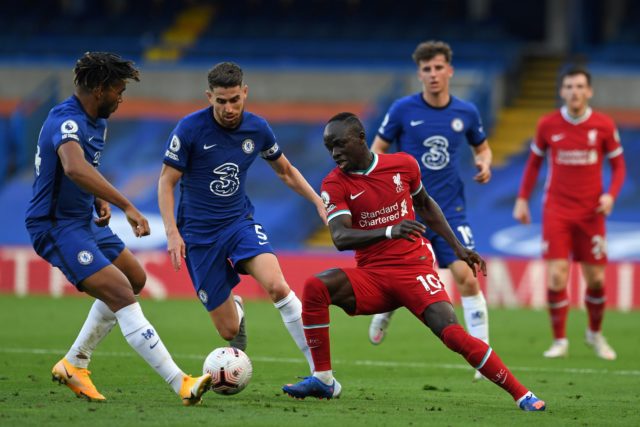 According to reports from Sky Sports, the Gunners are looking to bolster their central midfield this summer, and they have earmarked Jorginho as a potential option.

The Gunners are also interested in signing Thomas Partey and Houssem Aouar, but Jorginho probably will be a cheaper alternative.

The 28-year-old captained Frank Lampard’s side on both occasions. He scored a penalty in the win over Brighton and missed from the spot in the 2-0 home defeat to Liverpool.

Jorginho joined the Blues for a reported fee of £50m in 2018, but Arsenal can expect to get him at a reduced price.

Lampard has shown great faith in Jorginho and he appears to be part of the Blues head coach’s plans. In fact, the Blues boss hailed him as ‘invaluable’ last season.

Jorginho has made 100 appearances in total for Chelsea since joining from Napoli.

Chelsea, meanwhile, are looking to sign Declan Rice from West Ham this summer, and Lampard may have to offload some of his players to balance the books.

With Arsenal facing problems in luring players like Partey and Aouar, it remains to be seen whether the Gunners make a formal move for Jorginho in the coming days.