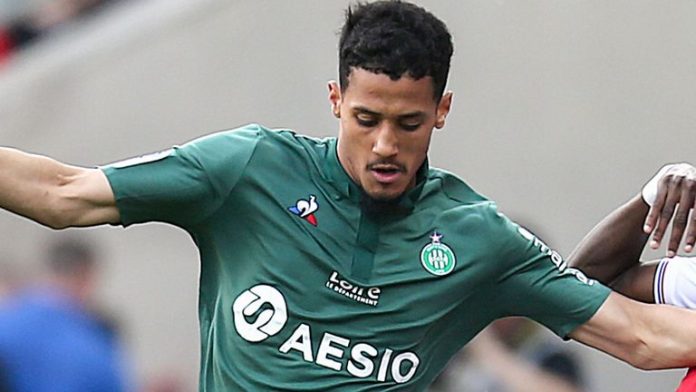 According to reports from Sky Sports (transfer live blog, 10:08 am), Arsenal are close to agreeing a deal with Saint-Etienne for defender William Saliba.

The 18-year-old defender has been heavily linked with a move to both Arsenal and Tottenham Hotspur.

Spurs are also in talks with Saint-Etienne, but Sky Sports claim that they are yet to make any formal offer.

The French club are waiting for Spurs to make a bid before deciding on Saliba’s next destination. However, the youngster is thought to prefer a move to the Emirates.

According to reports from The Metro, the Gunners have revised their offer and they are leading the race for his signature.

Furthermore, the Gunners have agreed to a 20 per cent sell-on clause with Saint-Etienne. The player will remain in France on a season-long loan for the rest of the season.

Arsenal boss Unai Emery has reportedly been given a £40m transfer budget for the summer transfer window.

Saliba is a talented player, no doubt, but spending a chunk of money on him now doesn’t make sense, given he won’t be playing for the Gunners this season.

It remains to be seen whether Spurs make any formal move for him in the coming weeks.