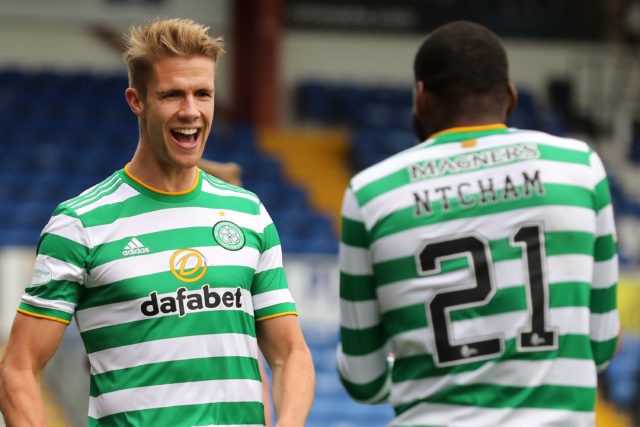 He claims that the Italian club are likely to make contact with the Scottish champions next week for Ajer over a potential transfer.

Ajer has attracted attention from Premier League club West Ham as well, but AC Milan have shown genuine interest in the 22-year-old.

AC Milan are preparing a £15m bid for Celtic defender Kristoffer Ajer, according to our colleagues at @SkySport.

They understand the Italian club are due to make contact early next week.

Milan have been keen on the Norwegian international this summer.

Neil Lennon has made it very clear that he doesn’t want to lose his key players, but Celtic may change their transfer stance if they receive a tempting offer.

Celtic have not received any bids at this stage, but Milan are expected to come up with a handsome offer as early as next week.

It remains to be seen whether the Hammers make any late move for Ajer, as David Moyes is keen to sign a central defender this summer.

Ajer had formed a formidable partnership with Christopher Jullien at the heart of the Celtic defence before Neil Lennon opted for a 3-5-2 in the second half of last season.

The Norwegian was superb for Celtic last season as he made 49 appearances in all competitions.

Celtic have already signed Shane Duffy from Brighton and Hove Albion, but losing Ajer will a massive blow for the club.