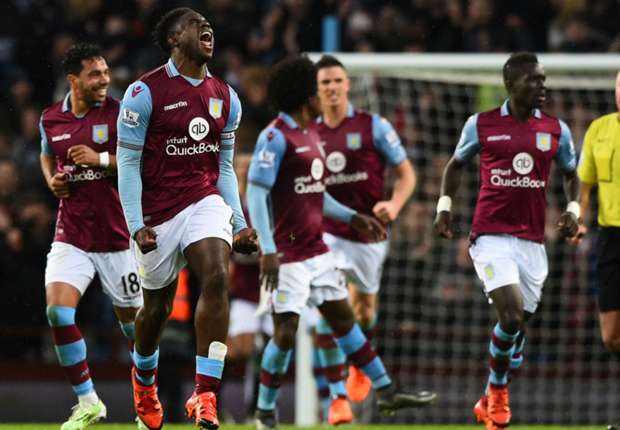 As we take a step back from the mayhem of the January transfer window, let’s take a look at the chances of the teams in and around that dreaded drop zone. Between now and the end of season things are bound to change but nevertheless I have picked out 6 potential candidates that could be playing Championship football next year and will be analysing each of their chances of survival.

Aston Villa: Now most people have written Villa off and with all due respect I don’t blame them. Sitting bottom of the table on 12 points, Remi Garde has not had a brilliant start to life in the Premier league. His side only recorded one win before their victory last Tuesday against Crystal Palace and are currently 10 points away from 17th placed Swansea City.

Verdict: Sorry to say Villa fans but you better start packing, unless a miracle happens you better wave goodbye to your Premier league status. Yet again don’t get too down-hearted though as I’m sure you’ll be looking forward to facing Midlands rivals Birmingham once again.

Sunderland: Last season we saw one of the great escapes in Premier League history with Sunderland somehow pulling off an amazing run of form towards the end of the season, can that happen again? I’m not so sure. Players like Jermain Defoe and Yann M’Vila occasionally provide a glimmer of hope for the Black Cats but a nervy backline could cost them.

Verdict: It’s a hard one to call, you never quite know with Sunderland but I think their time is up. A tough run of fixtures in Feburary will most certainly be too tough for Sam Allardyce’s side and he will struggle to pick their confidence back up. It will be tight but I can see Sunderland joining Villa.

Swansea City: Now this is where it starts to get interesting, this time last year Swansea were in the running for a place in the Europa League but are now playing like they’re already down. The 4-2 home defeat to relegation rivals Sunderland was a massive blow. The Welsh side are going through worrying times and in desperate need of a goalscorer.

Verdict: Despite the talent in that Swansea side failing to play to their potential I still believe they will be able to come through and gather some sort of form between now and the end of the season. It won’t be easy but they have not got a bad team at all and as soon as new boss Francesco Guidolin can get his squad of players back on the right track they will be okay.

Newcastle United: Having watched Newcastle’s recent performances they don’t actually look that bad, the only reason they are where they are is because of their rocky patch in October/ November but apart from that most their games have had one goal in it and they have been quite unlucky with decisions and stupid mistakes.

Verdict: This is an easy one for me, Newcatsle United will stay up, all they need to concentrate on doing is finishing off games and staying composed. The signing of Jonjo Shelvey will also be massive as the midfielder excelled in his debut last Saturday and I wouldn’t be surprised if Newcastle ended up mid-table.

AFC Bournemouth: This an extremely tough decision to make and it really depends on the outcome of the January transfer window, the Cherries have been the busiest Premier league club with the signings of Benik Afobe, Lewis Grabban and the loan of Juan Iturbe. Bournemouth’s form is a bit hit and miss so we can’t count on that for any evidence.

Verdict: Bournemouth will definitely be scrapping it out down there come May but whether or not they will be relegated is another matter. They have made positive signings which might just be enough to keep them in England’s first division for at least another season.

Norwich City: The Canaries have been at the brunt of quite a few thrashings this season and they don’t look brilliant attacking wise either. Having said that, Alex Neil has done a tremendous job of carving out important results but whether Nowich can pick up wins on regular occasions is a different story.

Verdict: It will be close but I think that Norwich are a few quality players short of a decent premier league team, they will more than likely get promoted back to the league next season but for now I just don’t think that they are strong enough to stay up.