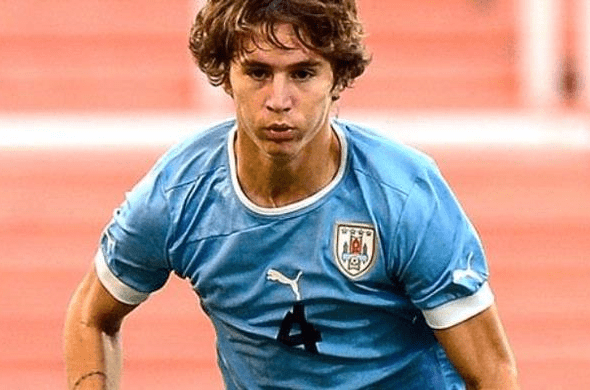 La Liga giants Real Madrid are unlikely to complete the signing of Manchester United defender Guillermo Varela on a permanent basis. According to reports in Italy, Udinese are interested in signing the highly rated Uruguayan defender.

Varela joined Manchester United in 2013. He became the first signing of ex-manager David Moyes and signed a five year contract at the club. However, he has yet to make any senior appearances for the Red Devils. And with United set to splash money on top players, with signing a world class defender a top priority, it doesn’t seem like he would feature in the first team plans of his club manager. Furthermore, he has had problems settling down in England, probably because of language and family issues, which makes his situation all the more complicated.

The 22-year-old moved to Real Madrid on loan on the transfer deadline day (Madrid can sign him permanently by paying €7m) last summer along with Javier Hernandez. According to Calciomercato.it, club legend and Castilla coach Zinedine Zidane likes the player and he would like to have him in the squad. However, Madrid hierarchy feels that demand is too high, as a result the club have yet to reach an agreement.

This has opened the possibility of him joining the Serie A. Udinese are known to be a club that gives an opportunity to young players to develop. United are willing to a strike a deal on loan with Udinese with an option of signing him permanently next season for only €3.4m.