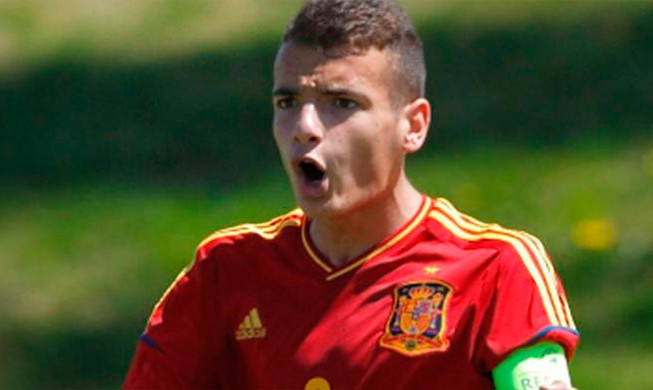 Real Madrid have set their sight on Liverpool midfielder Pedro Chirivella, according to reports from Spanish newspaper Marca.

Chirivella is a 17-year-old holding midfielder who joined from Valencia in the summer of 2013. The youngster is currently playing for Liverpool’s reserves and has also played in the Youth League with the U19s. 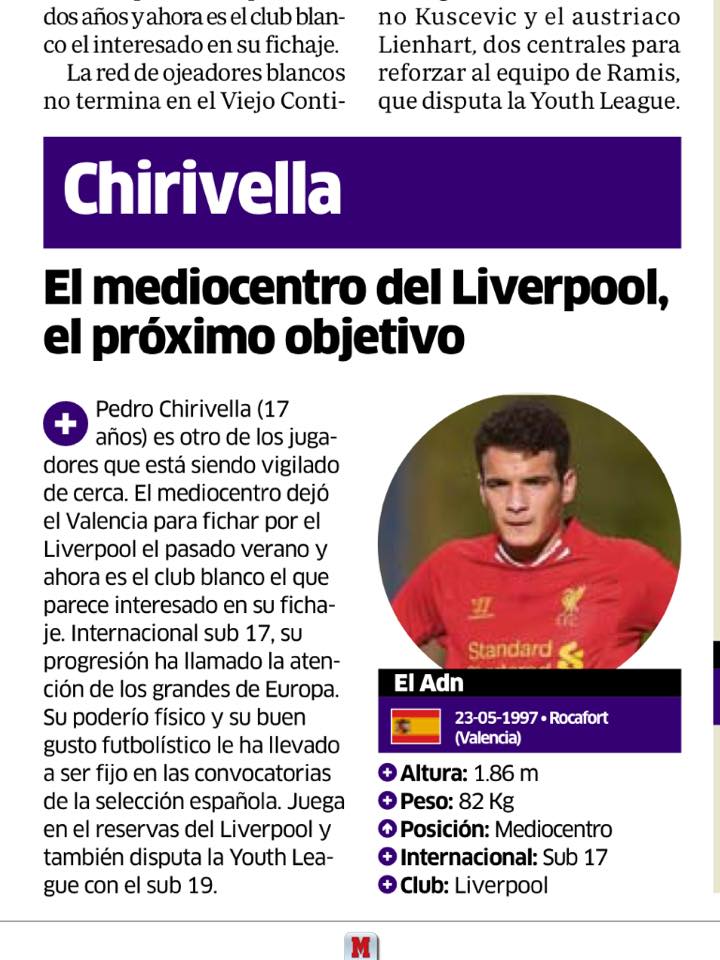 Liverpool manager Brendan Rodgers has shown great desire to pick young talents from the academy. Chirivella is a stylist holding midfielder who has a keen eye for passes and has been often compared with club hero Xabi Alonso for his style of play.

At the moment, Liverpool probably are in need of a solid defensive midfielder. Steven Gerrard, the club skipper, has largely been used as a holding midfielder by Rodgers, but the Liverpool legend has come under strong criticism for his poor performances this season.

Rodgers could be looking to sign a good midfielder in January or next summer, while the possibility of grooming a promising youngster from the academy cannot be ruled out completely. Therefore, Chirivella, who is so highly rated in Liverpool’s academy, could represent the club in future, if he continues to progress.

To know more about the youngster, check his bio in Liverpool’s official website:

“The holding midfielder started out at the Spanish outfit’s youth set-up at the age of seven and remained there until U16 level.

Pedro, who was the U16 Spanish international captain throughout 2012-13, operates in the classic No.6 midfield role. The youngster possesses fantastic vision and can read the game brilliantly.

He’s a fine passer, who is constantly picking up the pieces in midfield and keeping the young Reds ticking over.

Much of the play goes through Chirivella – and he’s a player who the Academy coaches are looking forward to watching develop at the club.”

Spanish newspaper Marca has published an article where they claim Real Madrid are focussing to bring in more quality youngster into the team. The likes of Mink Peeters and Marco Asensio are being targeted, while the Liverpool youngster has been mentioned as one of the Los Blancos’ reported targets.