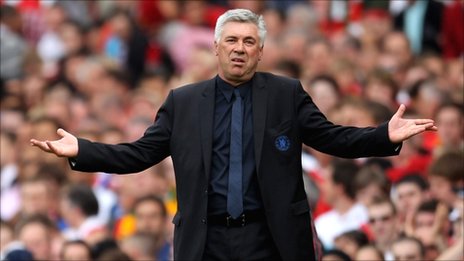 Real Madrid have confirmed their manager Carlo Ancelotti has left the club after a trophy less campaign this season.

The Italian manager joined the Spanish capital club in the summer of 2013 from Paris Saint-Germain, replacing Jose Mourinho as the latter rejoined Chelsea the same year. The 55-year-old played a key role in helping Real win the Copa del Rey and the Champions League in his debut season.

Ancelotti’s role in helping the La Liga giants win the La Decima saw him set very high standards. However, he lost to Juventus in the Champions League semifinal and the league to Barcelona.

Real even failed to retain the Copa del Rey, which has seen the former Chelsea boss become a latest manager to be shown the exit door by club chairman Florentino Perez.

“I’ve been with Carlo Ancelotti before coming here. I can only say that he is a Lord, a Knight and that he understands it.”

Napoli manager Rafael Benitez is piped to replace Ancelotti at Real. The former Liverpool manager’s agent has already confirmed the Spaniard will be open to take the managerial position at the Santiago Bernabeu.

“There is nothing at the moment. Just a general rumour,” Benitez’s agent Garcia Quilon said.

“Rafa has been a Madrid player, a Madrid [youth] coach, and is from Madrid — so who would be upset by that? I am not inside his head, but I would imagine he would be delighted to coach Real Madrid at some time.”