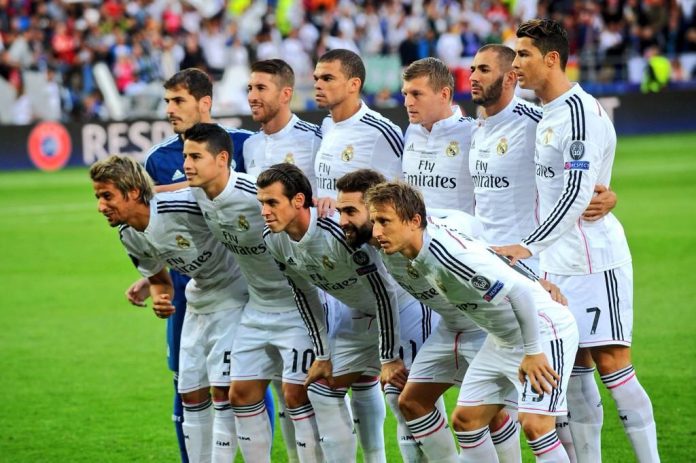 After 20 matches in all competitions this season, this is a good time to evaluate Real Madrid’s players’ performances and the team as a whole. Included below are the ratings for each Real Madrid player with at least 5 matches (in all competitions) and some select statistics.

-Conceded just 2 goals in his last 9 matches with Real Madrid in all competitions.

-Has kept 6 clean sheets in La Liga (second most in the league).

Iker has suffered greatly from the pro-Mourinho or anti-Casillas fans when ever Real Madrid played at home. However, the ‘goalkeeper situation’ as it was called before the season started, has largely disappeared as Casillas improved drastically in recent months. The fact that he has only conceded 2 goals in the last 2 months is enough to persuade even the most vocal haters to recognise the improvement in Iker’s performances.

-Made his first assist of the season last night vs Eibar.

Widely regarded as one of the best right backs in Europe at the moment, Carvajal’s contributions to the team both in attack and defence have not gone unnoticed this season. He is one of select Real Madrid players that can be truly described as ‘untouchable’ under Carlo Ancelotti (along with Cristiano, Kroos, James, and Ramos).

-One of Real Madrid’s 12 assisters in all competitions this season.

Real Madrid’s back-up option for Carvajal, Arbeloa has been used as a sub in numerous matches this season. He has performed decently although the lack of pace (compared to Carvajal) is very notable especially when he has to track back to cover his right flank.

-Has the longest contract in the current squad (expires in 2021).

Aside from Fabio Coentrao (who suffered an injury early in the season), Nacho is the least used defender this season with just 8 appearances in all competitions. Most of these were second half substitutions too. He is, however, known as a joker as he can occupy any position in the back 4 in a solid manner, one of the main reasons he received an improved contract that expires in 2021.

-Is currently, along with Ramos, the highest scoring defender this season.

The undisputed best young defender in the world, Varane has been the calming presence in the back that everybody is used to by now. That has been highlighted by the fact that he has only received one yellow card (a harsh one too) in his 12 matches in all competitions this season. When ever Ancelotti calls upon him he is more than dependable with his pace, ariel ability, and decision making.

-Most used defender under Carlo Ancelotti.

-Scored 2 goals in all competitions this season.

If Varane is the best young defender in the world, then Ramos might very well be one of the best center-backs in the world right now. His performances have always been consistent even if he has a tendency to pick up bookings. His form has helped the defence in keeping 6 clean sheets in 12 matches so far in La Liga.

-Booked just once in all competitions this season.

-Has 2 assists and 1 goal in all competitions.

Arguably Real Madrid’s finest and most trusted defender so far this season, Pepe has been the definition of solid in the back. His focus and partnership with Ramos has helped the team in keeping 6 clean sheets in the last 9 matches in all competitions. His best performance has been in the Clasico where he recovered from the early goal to keep out Barca’s fearsome striker-force from breaking through again.

-Defender with most assists in La Liga.

Marcelo has consistently been a major source of danger on the left flank. He has also improved his combination skills so that no matter who is in front of him, he can easily combine with them to overlap or push through the opposition’s full-back. This is highlighted by the fact that he is La Liga’s highest assisting defender in 2014/15. 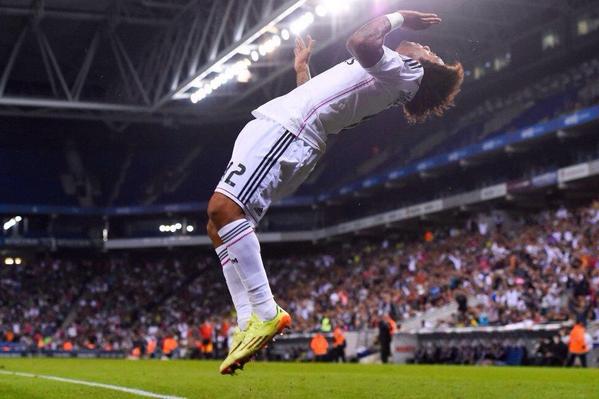 -Only 5 first team players have played less than Illarramendi this season.

Illarra has made 12 appearances in all competitions, yet you wouldn’t necessarily guess that without someone else telling you. Illarra has not been able to clearly impose himself and leave his mark on the games where he has played.

-Injured Coentrao and 2nd GK Navas are the only first team players with less matches than Sami.

Sami Khedira has widely been linked with a move elsewhere, and according to his performances this season and/or Ancelotti’s need for Sami, it does not look like he will be missed. Khedira has only played 6 matches this season, one of the lowest figures in the entire squad.

-Made 17 appearances in all competitions this season.

Before his injury, only 3 players (James, Kroos, and Marcelo) have made more appearances than Modric this season. And for good reason, as the Croatian midfielder has been in amazing form this season. His partnership with Kroos in particular has been hugely significant in Real Madrid’s 14-match winning streak.

The other half of the midfield duo, Toni Kroos has a consistent masterclass in midfield. His passes are rarely, if ever, wrong; he mixes long and short balls; and his ability to dictate the tempo is second to none in the world right now. He is one of Ancelotti’s untouchables as evidenced by him playing 19 of Real Madrid’s 20 matches this season.

-Provided 6 assists in all competitions (3rd highest of the squad).

Isco has won over all Real Madrid fans with his hard work and dedication. And last night, a new test was presented to him (filling Modric’s place) which he passed with flying colours. His ability to hold on to the ball and his wide array of passes coupled with his newfound defending skill-set makes him a very trusted cog in the Real Madrid machine.

-Most used player this season (20 appearances).

The only player this season who has played every single Real Madrid match (12 in La Liga, 4 in UCL, 2 in Supercopa, 1 in UEFA Super Cup, and 1 in the Copa). It only goes to show you how important Carlo Ancelotti perceives James to be, and you can’t blame him seeing how James has the most assists in the squad and has also scored 7 goals on top of it.

-Scores a goal every 49 minutes in La Liga (best in the league).

Used for only 147 minutes in La Liga so far yet still managed to score 3 goals, Javier has done little to shed his supersub label (which isn’t a bad thing at all). He has been used to run down exhausted defenders and open spaces plus doing what strikers should do, score goals.

-Contributed to 11 goals in 15 appearances.

Bale was probably the player everyone wanted to see this season as he finally had his preseason preparation. His stats show these people were right to anticipate so much from the Welsh star however in some matches his performances have been underwhelming. Yet his link up play with the fellow BBC is still as great as ever.

-Second highest goal scorer in all competitions after Cristiano.

There were early shouts from some agitated Madridistas urging Florentino Perez to sell the Frenchman yet here he is with 12 goals and 6 assists in 18 matches this season. An integral part in Real Madrid’s front line, Benzema has proved invaluable with his scoring ability, hold-up play, and passing prowess.

-Most goals in all competitions in Europe.

Cristiano Ronaldo has scored 20 goals and provided another 6 assists in just 11 matches in La Liga this season. Overall, he has 25 goals and 7 assists in only 18 matches in all competitions. Nothing more needs to be said to understand why Cristiano gets a perfect 10/10. 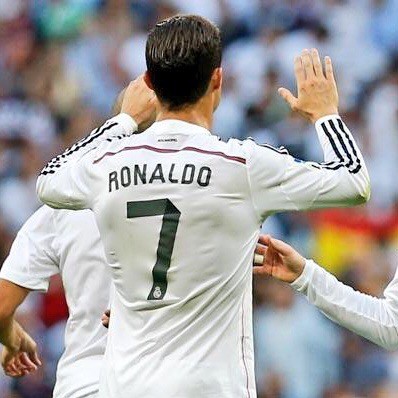 Ancelotti was the calmest man in the Spanish capital after the back-to-back defeats early on in the season, and he has backed that calmness up with 9 straight Liga wins, 4 straight UCL wins, and holding the top spot in La Liga.

After starting the season quite shakily (just 2 wins and 3 defeats from the first 6 matches), Real madrid have turned around to win 14 consecutive matches in all competitions. Which enabled them to secure 2nd round qualification in the UCL and the top spot in La Liga.