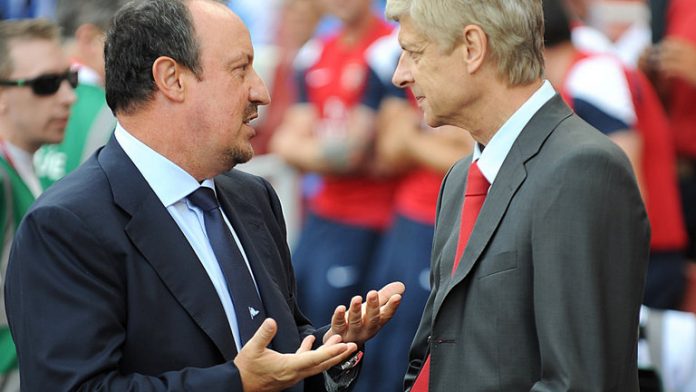 Arsenal are still looking at potential replacements for Arsene Wenger and former midfielder Ray Parlour believes that they should consider Rafa Benitez as a candidate.

“What he has done for Newcastle this season is amazing,” Parlour said on the Alan Brazil Sports Breakfast.

“With not a lot of investment, he’s got them playing so well. They are out of trouble when it looked like they would be in a relegation battle, and now they are sitting really healthy in the league. He would be a great fit, but whether Arsenal want to go down that road”.

The Spaniard has considerable experience of the Premier League and he has already proven himself at top clubs like Chelsea and Liverpool. Despite not managing to win the title during his time in England, Benítez is quite highly regarded because of his tactical acumen.

Benitez coming in would certainly improve the Gunners defensively. The Spaniard is very good at setting up defences.

The Newcastle boss has had a very good season so far and he has shown that he is more than qualified for another top job. The Magpies were expected to fight for survival this season. Instead, Benitez has got them fighting for a place in the top half.

It will be interesting to see what happens in the summer. Replacing Wenger is a massive task and the Gunners must get their choices right.

As for Newcastle, losing Benitez would be a massive blow for them. In their current situation, they will never get another manager like the Spaniard.