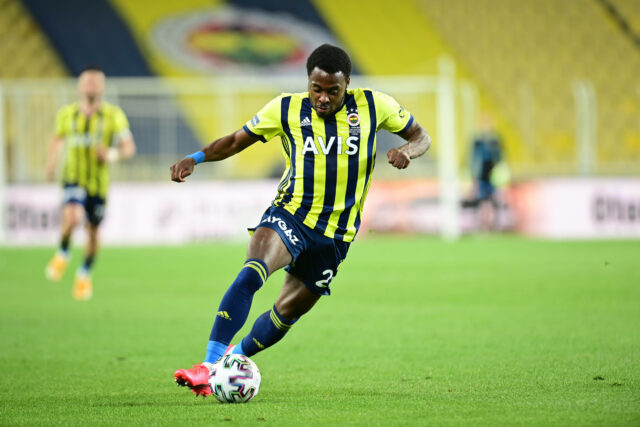 Rangers are looking to bring Fenerbahce attacker Bright Osayi-Samuel to the Ibrox club in the summer transfer window.

According to TumSport (h/t Glasgow Live), the Scottish champions have made an official bid to sign the 23-year-old attacker.

Celtic and French giants AS Monaco are also interested in Osayi-Samuel, as per VOLE’s Yagız Sabuncuoglu.

The Scottish champions will be looking to further bolster their already impressive squad and have earmarked the former Queens Park Rangers player as a potential option.

Rangers will be playing in the Champions League next season, and Steven Gerrard will be determined to make a strong impression.

Osayi-Samuel is emerging as a genuine target for them, with the Ibrox outfit making the first move for the Fenerbahce player.

The pacy winger wouldn’t cost an exorbitant fee, given he joined Fenerbahce for a nominal price from QPR.

However, he has failed to live up to the expectations at Fenerbahce, having managed just one goal since arriving in Istanbul.

Celtic are looking for a massive rebuilding process, and they are keen to get Osayi-Samuel on board.

However, a move to Rangers makes more sense. Under Gerrard, we have seen Rangers become an excellent destination for young players to develop, and Osayi-Samuel could revive his career at Ibrox.

Rangers need more depth in their attacking areas, and the Fenerbahce attacker could prove to be an excellent option for them.