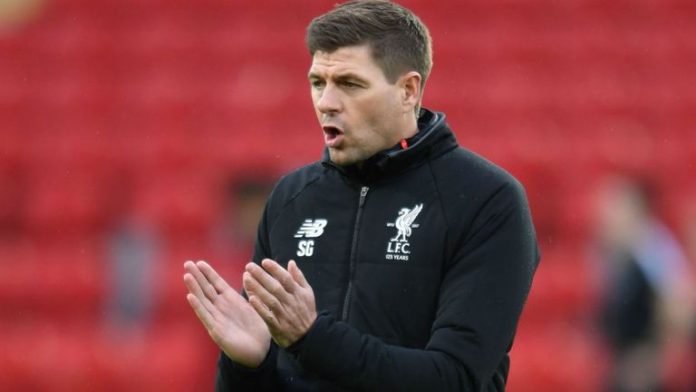 Steven Gerrard has admitted he has held talks with Rangers over their vacant manager’s job, but his comments on BT Sport last night should be the trigger for the club to end their interest in appointing him.

Gerrard hit back at Gary Lineker’s claim that managers with no experience shouldn’t be taking big jobs during a discussion about the rumours surrounding Zeljko Buvac joining Arsenal.

“Nothing wrong with that – having no experience,” Gerrard told Lineker. “There’s only one way to gain it.”

Much like Charlie Adam’s comments on BBC Sportsound, where he backed Gerrard’s claims to take over at Ibrox, the comments highlight that he isn’t the right man for the job.

Adam admitted that Gerrard lacked coaching experience, but said that “you have got to start somewhere”.

Gerrard’s “there’s only way one to gain it” retort at Lineker is very much along the same disrespectful lines.

It’s clear that the Rangers job is being seen by Gerrard and the pundits who are tipping him for the job as some kind of stepping stone to bigger and better things.

Rangers are certainly lagging miles behind Celtic in Scottish football at the moment, but if they’re ever to close that gap they need a manager in charge who hasn’t got his eye on using the role to further his own career.

Gerrard’s comment smacks of arrogance and Rangers would be well-advised to look elsewhere for their next manager.