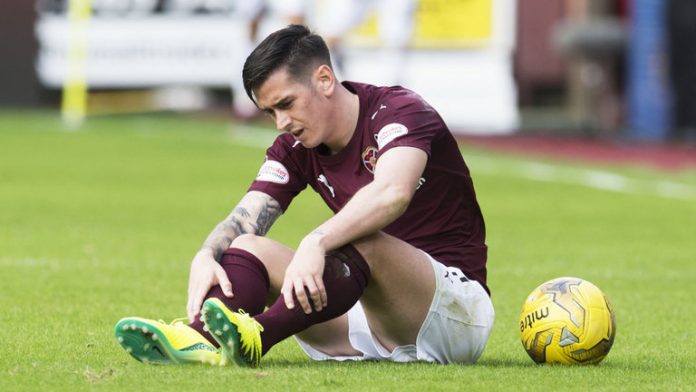 Manager Pedro Caixinha has been particularly keen to sign Walker, submitting several bids during the summer.

The 24-year-old was left out of games against Dunfermline and Celtic earlier in the season, with interim head coach Jon Daly claiming the player had lost his focus.

However, he has figured in Hearts’ recent fixtures against Rangers and Kilmarnock.

New Hearts manager Craig Levein has confirmed Rangers haven’t submitted a new offer for Walker who is out of contract next summer.

Walker has scored 39 goals in 167 appearances for Hearts.

Rangers have had a busy summer in the transfer market, bringing in the likes of Carlos Pena, Graham Dorrans and Bruno Alves, while shipping out numerous players including Joe Garner and Martyn Waghorn.

Aberdeen midfielder Kenny McLean and promising Manchester United full-back Matthew Olusunde continue to be linked with moves to Ibrox, but Walker’s signing appears to be at the top of their list.