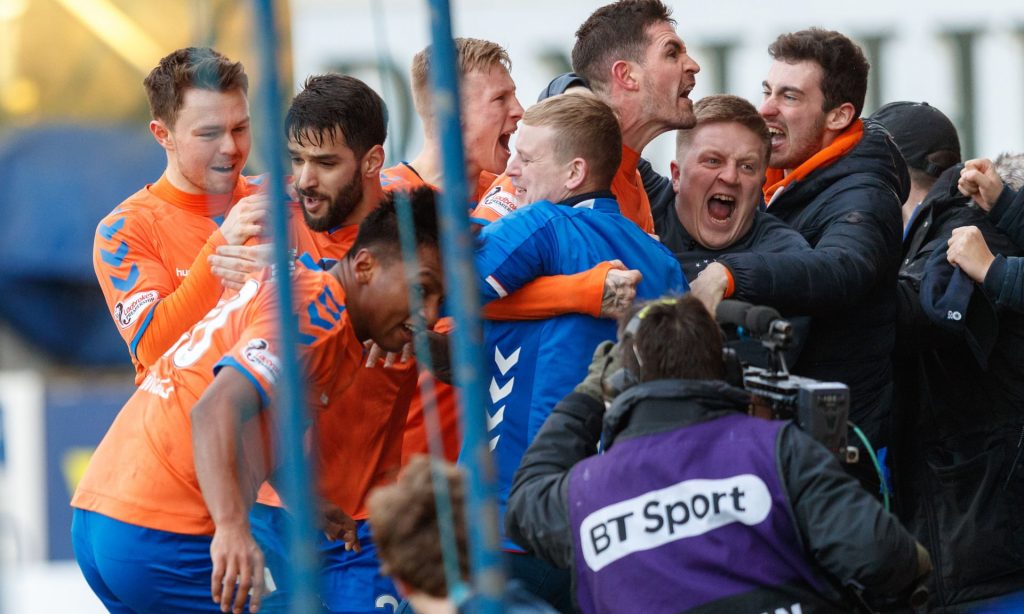 Rangers picked up a 2-1 win over St. Johnstone in the Scottish Premiership yesterday.

Alfredo Morelos struck a second half brace to secure the points for Steven Gerrard’s side.

Kennedy gave the home side the lead on the 45th minute and Morelos equalised halfway through the second half. The Colombian netted the winner two minutes from time.

Despite the win, it was a poor performance from the Ibrox giants and Steven Gerrard expressed his disappointment during his post match presser as well.

The fans won’t be too happy with the display either and they took to Twitter to voice their disappointment over Eros Grezda’s performance.

The summer signing has been inconsistent so far and he failed to shine last night.

Grezda was ineffective and he was taken off at half time. Gerrard had to bring on Middleton to add more sharpness to his attack.

Here are some of the reactions to Eros Grezda’s performance from last night.

Grezda isn’t looking like he’s up to much eh??

So Grezda needs dropping for a bit right? Looks lacking confidence (at best…)

Lafferty made a big difference which is good to see! Don’t think we will be seeing Grezda again anytime soon!!!

Grezda absolutely horrendous once again. Looking like a waste of money

Grezda offers fuck all to the rangers team #shite

Grezda got be worst player ive seen at rangers since sandaza

I was for giving Grezda the benefit of the doubt. That’s away now. He’s fucking rotten.