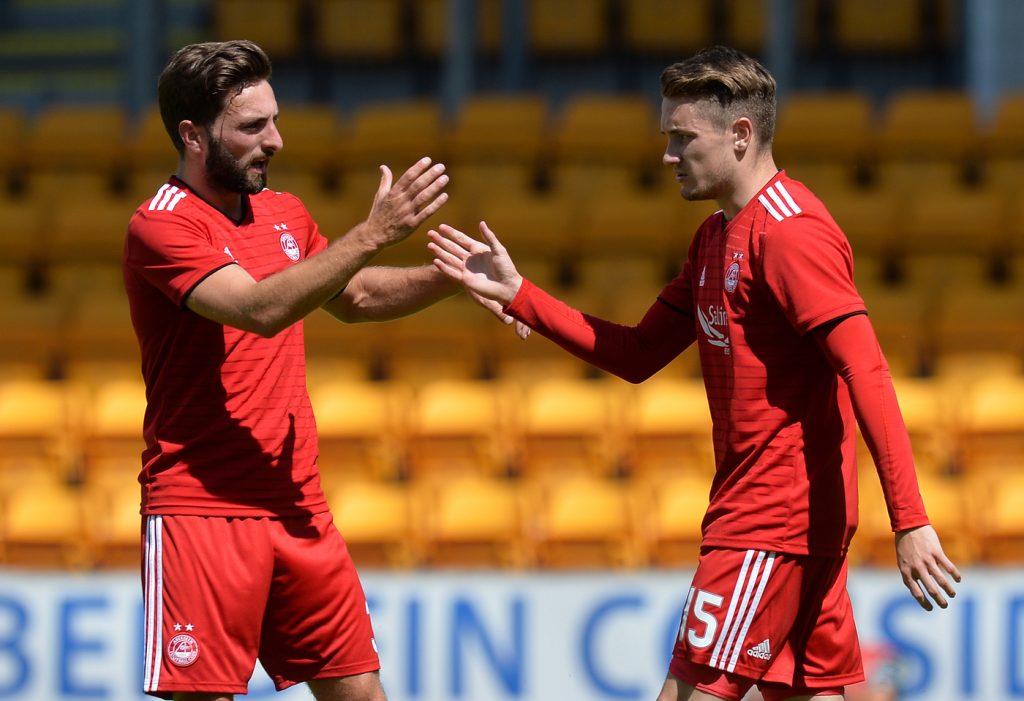 Aberdeen attacker Scott Wright has recently been linked with a move to Rangers.

The 23-year-old is in the final few months of his contract and Rangers are looking to sign the player on a pre-contract.

Derek McInnes confirmed Rangers’ interest in signing the player earlier this week and now Steven Gerrard has claimed that a pre-contract agreement is very close.

The Rangers manager also maintained that it would be great if the club could sign the 23-year-old attacker this month.

He said: “Things are progressing well in terms of trying to get it tied up for next season. That’s the priority. If it can be done in this window that would be a boost to us.”

Steven Gerrard says the deal to sign Aberdeen’s Scott Wright on a pre-contract is “extremely close”, but if it can be done this window it would be a “bonus”.

He didn’t rule out a Rangers player going the other way or Ross McCrorie’s deal being accelerated as part of the move.

It remains to be seen if Rangers can bring the signing forward by paying a nominal fee to Aberdeen this month.

Wright will add depth and quality to the Rangers attack and he could prove to be a useful option for the Scottish giants during the second half of the season.

The 23-year-old can play as a wide forward as well an attacking midfielder and his versatility will be an added bonus.

The Aberdeen attacker has two goals and five assists to his name so far this season.

Rangers will be desperate to win the Scottish Premiership and a couple of quality additions in January could strengthen their position in the title race.

Gerrard’s side are currently 21 points clear at the top of the table.

A move to Rangers would be a step up from Aberdeen and Wright is likely to be tempted to get the transfer sorted soon. At Ibrox, he will be able to play alongside better players and the experience of European football could help him develop as a footballer.