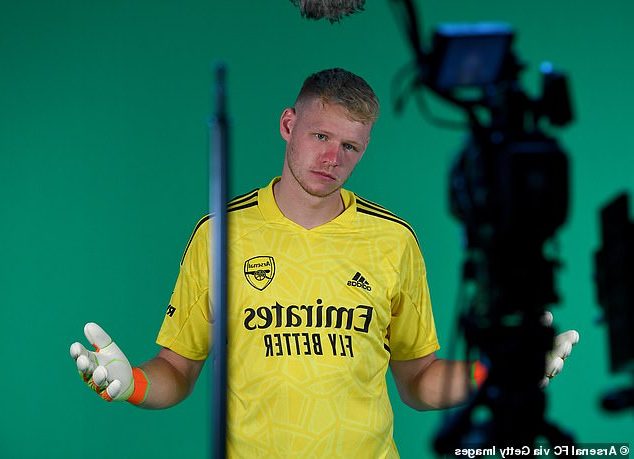 The first three episodes of the long anticipated Arsenal: All or Nothing documentary were released yesterday. A clip shows Keeper Aaron Ramsdale enraged after missing out on a clean sheet.

The 2021/22 season was one that Ramsdale will never forget after securing a move to Arsenal for almost £25m and ousting Bernd Leno as No.1 was first choice keeper at the time.

Cementing himself as The Gunners new No.1 Ramsdale went on to secure 15 clean sheets that season and earned himself a spot in England’s squad. Like all keepers he prides himself on keeping clean sheets and this was shown in one of the episodes released.

Arsenal fans were delighted with their team’s performance vs Villa after winning 3-1 but after racing to a 3-0 lead Ramsdale was aiming for a clean sheet. Sadly for the No.1 Arsenal conceded a goal in the 82nd minute that could have easily been avoided.

Clearly Ramsdale wasn’t best pleased with the goal and showed his frustration in the changing rooms after the full-time whistle.

Ramsdale was so furious he had to be consoled by back room staff and fellow players but following the outburst he gave a worthy explanation for his actions.

‘I’m not walking around saying I am the best in the world but I’ll always have aspirations to get there.

‘Where I’ve come from in terms of the past two seasons, I know how hard clean sheets are to come by in this league. It’s not just me trying to keep the ball out of the back of the net or my back four, it’s everyone.

‘The Aston Villa game in the last five minutes where they scored another day that could be a 1-1 equalizer or a 2-1 and the last five or 10 minutes are a nervy ending.’

It’s respectable reasoning from Ramsdale and one Arsenal fans will love to hear.