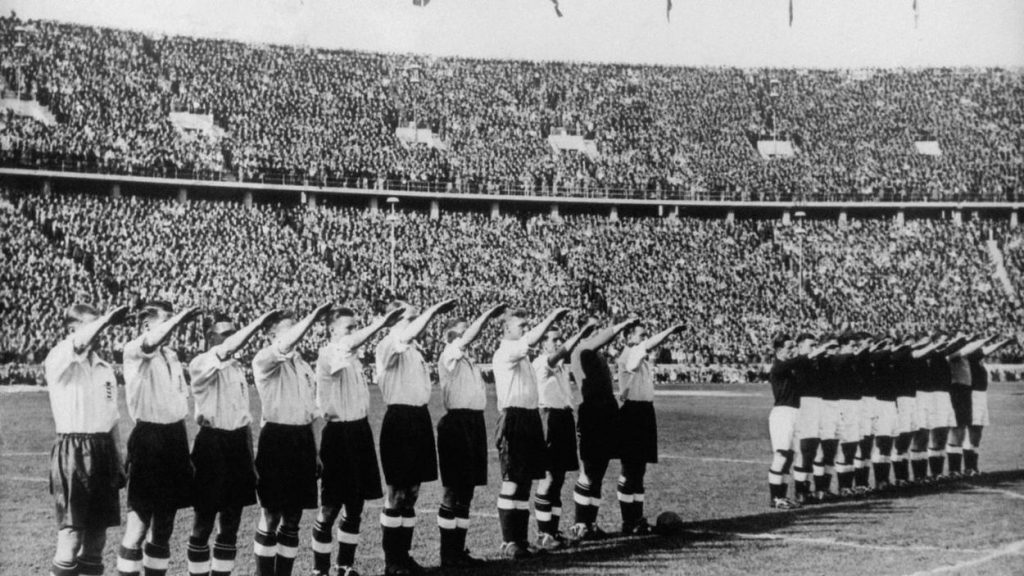 Germany will be playing Hungary in Munich for the final game of Group F of the European Championships.

However, the mayor of Munich wants to light up the stadium in rainbow colours to protest a controversial new law in Hungary that bans disseminating content in schools that promotes homosexuality and gender change.

“I consider it very harmful and dangerous when anyone tries to mix politics and sports,” Szijjarto told reporters.

While UEFA rejected the request and maintains the view that football cannot be used as a political tool, the reality is that there’s a long history of politicians harnessing the power of football as a political weapon.

Benito Mussolini, Italy’s fascist ruler from 1922 to 1943, understood the political power of football better than anyone.

He once famously ordered the Italian national team that travelled to France for the 1938 World Cup to win the title or not bother returning home. Italy obediently won the competition.

Although soccer wasn’t nearly as important to his regime as Mussolini’s, Adolf Hitler and his Nazi party still used it in very pragmatic, political ways once they realised how popular it was, even though Germany’s national sport at the time was gymnastics.

The game between England and Germany played on May 14, 1938, in Berlin in front of more than 100,000 spectators, is a prime example of this.

A mere two months earlier, Hitler had alarmed the rest of Europe by annexing Austria in the Anschluss Österreichs. At the same time, England was adopting the controversial policy of appeasement towards the Germans.

Given the sport’s popularity, England considered a friendly game of football to be a good way to practice this policy.

Similarly, the Nazis saw the match as an opportunity to promote diplomatic normalcy between the two nations.

The game went ahead and the English players, in line with their government’s policy of appeasement, shocked the world by performing the Nazi salute when the Germans sang their national anthem before the game. England won the game 6-3.

Despite the loss, the fact that England agreed to play the game given the recent annexation of Austria and travelled to Berlin to play the Germans essentially legitimized Hitler’s regime.

The images of England’s players performing the Nazi salute before the game were also a slap in the face to the international community.

Should politics be a part of football? I don’t know. Normative questions like those rarely have definitive answers.

Regardless of whether it should or shouldn’t be a part of the game, the truth is that politics and football have always been inseparable.

Edward is the author of the books You Say Soccer, I Say Football and Community Heroes: What a Year as an AmeriCorps VISTA Member Taught Me About Community Development.