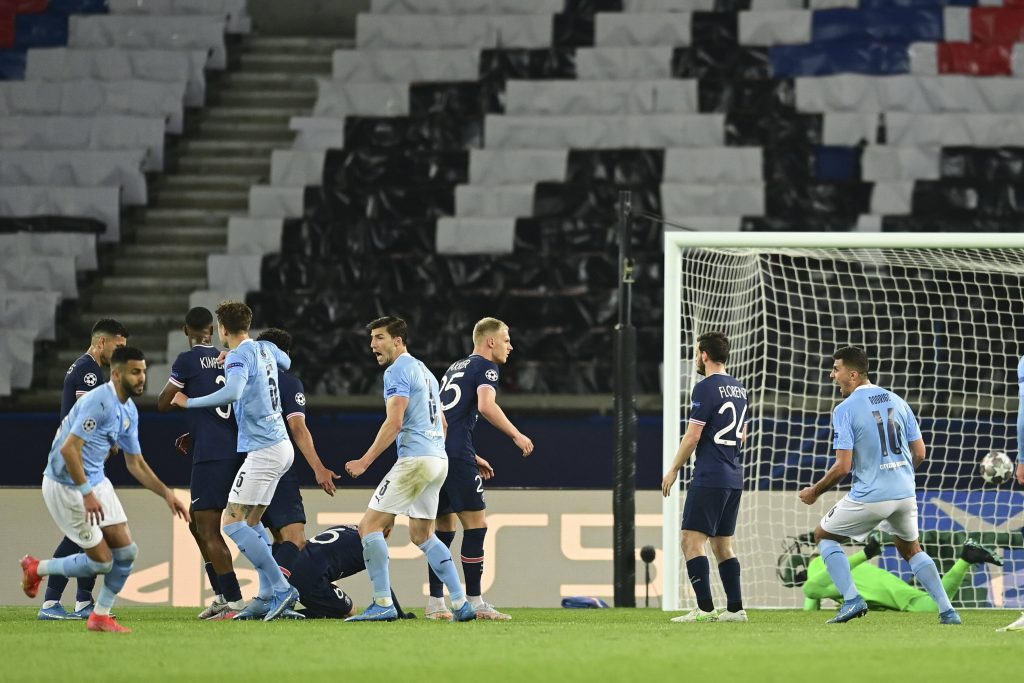 Manchester City produced arguably one of the best away performances by an English club to win 2-1 against Paris Saint-Germain in the first leg of the Champions League semi-final on Wednesday.

PSG took the lead in the 15th minute through Marquinhos’ header, glanced in from Angel di Maria’s corner.

Phil Foden missed a great chance, but City were positive after the break. Pep Guardiola’s side restored parity through Kevin De Bruyne, whose cross evaded everyone in the penalty area.

City took the lead through Riyad Mahrez when his left-footed free-kick from 25 yards out went through the wall beating Keylor Navas.

De Bruyne has revealed what he told Mahrez before the free-kick.

"I said 'if you believe in yourself take it!'"

It wasn’t a great free-kick, and Navas should have done much better – it was an absolute howler by the PSG goalkeeper.

Mahrez admitted that it was a poor effort. He confessed that ball didn’t go exactly where he wanted as he was trying to bend it around the wall.

However, the ball hit the back of the net, and that is all City will care about as they strive to progress to the final.

In other news, check the tactical analysis of the Champions League game between PSG and Manchester City.