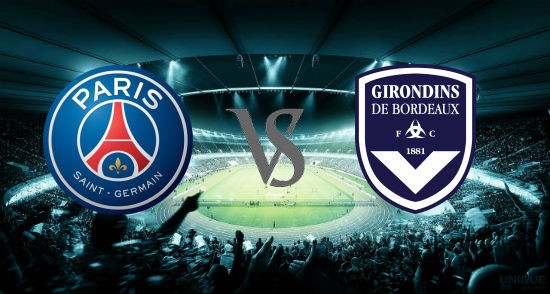 With the international break behind them, PSG will be hoping to keep up their cent percent win rate against Bordeaux later today. So far the French Champions have been unbeatable and have won all four of their games.

Although PSG will be without the services of Javier Pastore and their talisman Zlatan Ibrahimovic, they have enough firepower in the form of Di Maria, Cavani and Lucas Moura.

Pastore is still recovering from the leg injury he picked up before the international break. Meanwhile, Ibrahimovic is fit and being rested. Blanc confirmed that he wants the Sweden international in peak condition for their Champions league game and will rest him against Bordeaux.

PSG will be aware of their defeat against Bordeaux away from last season and Blanc will need to plan his approach in order to avoid another upset in the absence of Pastore and Ibrahimovic. Laywin Kurzawa is a doubt for the game after picking up a groin problem.

Bordeaux in comparison has just won one of their four league games and despite getting through the Europa qualifiers, the French outfit have struggled so far this season. Willy Sagnol’s side are also plagued with injuries and will be without the services of Jaroslav Plasil, Thomas Touré, Grégory Sertic, Cheick Diabaté, Lamine Sané, Cédric Yambéré, Clément Chantôme, Diego Rolan, Wahbi Khazri.

PSG have won five of their last six against Bordeaux.

Bordeaux have not won any of their last four games away from home.