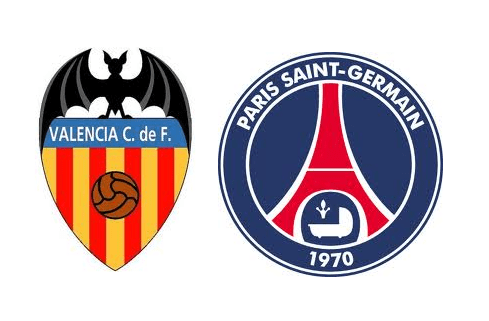 The French league leaders will need to dig in at one of Spain’s most hostile grounds if they are to take anything into the second leg of this last 16 tie. All of Valencia’s best results have come at home so far this season and they will be determined to get into the Champions League quarter-finals.

Valencia’s league form at home this season has produced seven wins, two draws and three defeats. They have scored a healthy 23 at home in the league but the defence is the main worry with 21 conceded which shows Valencia will always give their opponents a chance.

Valencia are blessed ahead of this match because they have no injury or suspensions worries which means they can name their full strength side. They have a number of players on imminent bans in domestic football which means they’ll have to be careful not to pick up yellow cards here.

The best price up for grabs from the bookies is 7/5 in several places on the market.

PSG have been making large amounts of ground in Ligue 1 as they look to pay back the people pumping the money into the club. They are seven wins, three draws and just a single defeat away from home this season. No side has score more goals on the road or conceded fewer.

PSG are in the same boat as Valencia in the respect that they have no injuries to key players to worry about ahead of this match. They too have several players closing on bans in the domestic league but they have no suspended or unavailable players for the trip over to Spain.

PSG look very tempting at odds of 15/8 which could go shorter before kick-off.

Valencia went through the group stage with a decent record of four wins, one draw and one defeat from all matches. They scored 12 which was three less than Bayern Munich but they had the best defensive record in Group F.

PSG won their group to guarantee themselves home advantage for the second leg. They lost won match and won all of their other fixtures as they scored 14 goals but conceded just three which was the best defensive record for any side in the group stage.

Head to Head: These sides don’t have any head to head records to base themselves on ahead of this match. Valencia didn’t lose at home during the group stage and PSG lost their only match during their first six away from home.

Valencia have a win and a draw so far in February with that draw coming at home against Barcelona. They won all of their matches in January with the only blips being against Real Madrid with a draw in the league and defeats in the Copa del Rey.

PSG have won both of their league matches so far this month with seven goals scored and one conceded. They have backed this up with two wins and a draw in the league through January.

Valencia will be going all out for a win here because they know it will be difficult in Paris. Despite PSG’s impressive league record, Valencia’s best results and performances come at home so expect a narrow home win. Valencia 1-0 PSG.