Paris Saint Germain are reportedly looking to offload Edinson Cavani to Chelsea, because they want Eden Hazard in return.

The Parisians are desperate to bring back Hazard to Ligue 1 and according to Le 10 sport, the Belgium is also willing to join the French outfit.

Jose Mourinho might have criticised Hazard openly in the press, citing, the Belgian is not a team player and blamed him for the opening Atletico goal, but, there can be no way Chelsea should part away with the PFA Young player of the year at the moment.

However, PSG feel Hazard is just the type of player, what they’re lacking at the moment, a creative winger with the ability to score many goals. 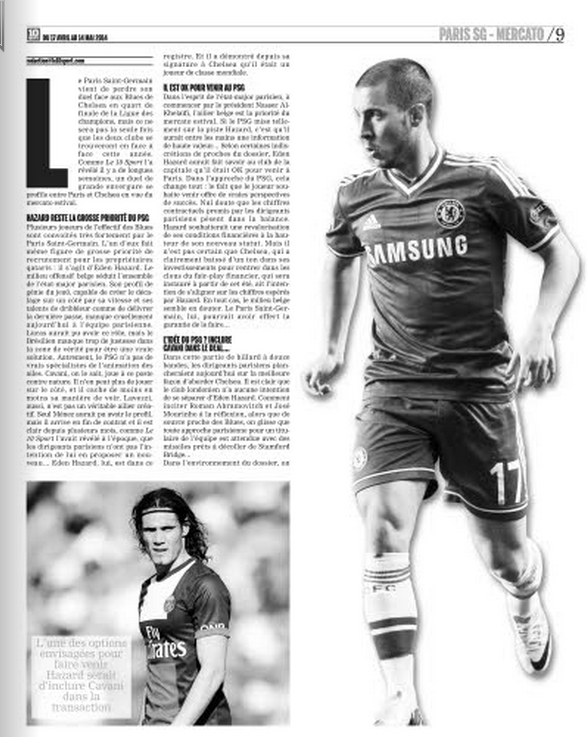 The mega money signing Edinson Cavani has been deployed out wide to fill that role, but the Uruguayan hasn’t been convincing enough. PSG are looking to include Cavani in the deal to price away Hazard from Chelsea.

Chelsea need a world class striker and Cavani would fit their profile but PSG fear the Blues may not be as willing to do business here.

Their only concern is Chelsea might have already wrapped up a deal for Diego Costa or the Brazilian born might be their top priority, in which case it’s not definite that Moruinho would actually want Cavani, although with Torres and Eto’o on the way out it could be possible.