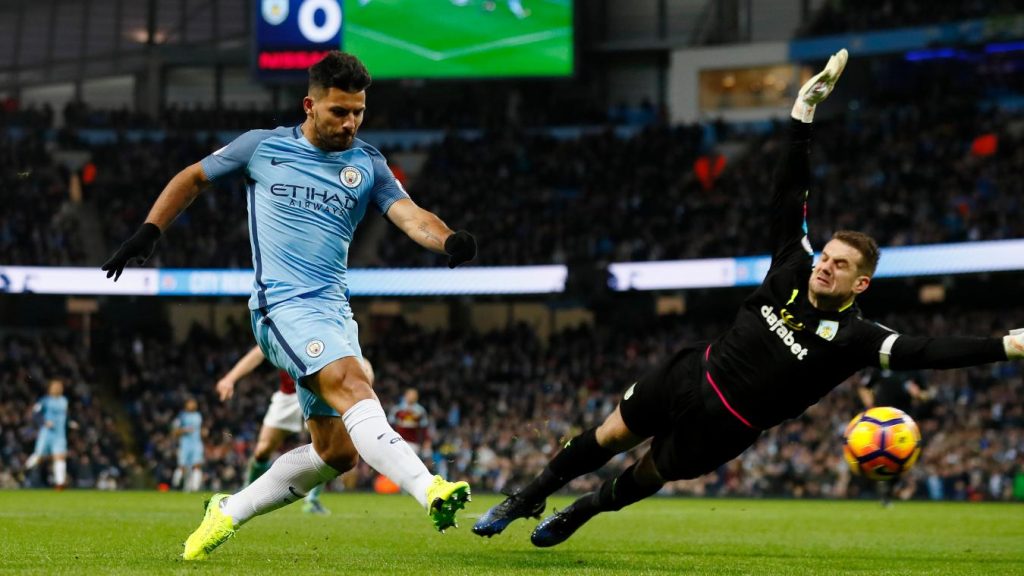 Agüero’s place in the City first team is under serious threat. The Argentine striker has started the past two games on the bench, thanks to the excellent form of Gabriel Jesus. The Brazilian has scored two goals in his first two starts since his £27m move from Palmeiras.

The 28-year-old striker revealed that although he is happy to stay at the Manchester club following City’s 2-1 win at home against Swansea City, it is upto the club officials to decide on his future.

Since joining the club five and a half years back, Agüero has been the club’s best striker, scoring 113 goals in 168 Premier League games for City. This season, he has scored 18 goals in all competitions already, but hasn’t produced his top form against any of the Premier League’s top seven teams.

Agüero started the season on a bright note, scoring 11 goals in his first six games. Thereafter, his form has dropped considerably in recent months, as he found the net only twice in his past eight games.

According to reports from The Times, Agüero has emerged as a target for PSG. Patrick Kluivert, PSG’s director of football, believes that Arsenal forward, Alexis Sánchez, may be a more attainable target, but Agüero is still in his sights.

PSG have already held internal discussions about how they would structure a deal to meet Agüero’s potential wage of around £250,000 per week.

Agüero is an important player for City, and the club would not consider offers for the Argentinian in the summer. He is under contract till 2020, and is valued well in excess of £80m. The senior figures at the club also hope that Jesus’s excellent form will inspire Agüero to recapture his best form, as the club is aiming to finish the season on a high.

Premier League rivals, Chelsea, are equally willing to make a move for Agüero, should the Argentine decide to end his career at City at the end of the season.

It is unclear whether Chelsea’s first choice striker, Diego Costa, sees his future at Stamford Bridge, while Antonio Conte is not yet fully convinced with the second choice striker, Michy Batshuayi.

Agüero won’t accept playing second fiddle to Jesus, and if Pep Guardiola continues to bench him for the rest of the season, there is a strong possibility that he will leave. City will demand a huge transfer fee for their star player, and would prefer selling him to a foreign club than to a direct rival.