We at Soccerlens, love to read the Le 10 sport magazine. You might remember that in the first week of May, the same magazine dropped a bombshell with this story that Chelsea’s Eden hazard wants to leave the London club to join PSG. 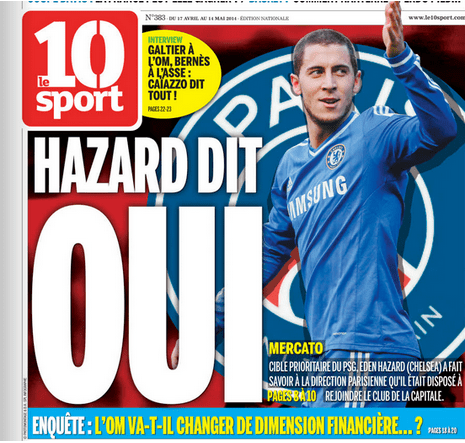 The French giants are long term admirers of Hazard, who has rightly been judged as Chelsea’s player of the season. He has been sensational this season for the Blues but French media speculates his relationship with manager Jose Mourinho is not so smooth anymore.

The Belgian made some comment after Chelsea’s semi-final defeat at the hands of Atletico, where he criticised Mourinho’s tactics and allegedly claimed the Portuguese is one of the worst managers he has seen.

Mourinho furthermore blamed Hazard for the opening goal and even went far saying on record that the player doesn’t sacrifice 100 per cent for the team. 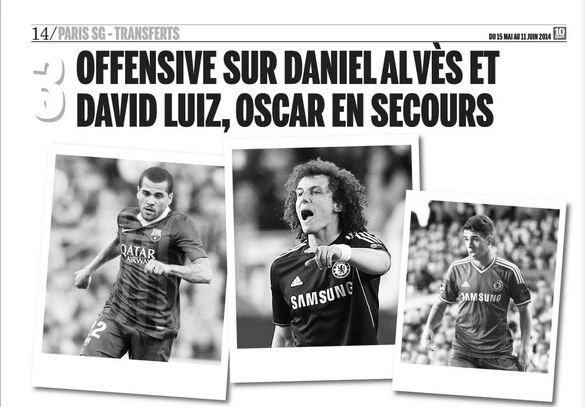 PSG are determined to land him. Despite their FFP restrictions, they want to bring him back to French league. The Parisiens are looking to sell star striker Edinson Cavani and use that money to land Hazard.

Already, they’ve secured a deal for Chelsea’s David Luiz, now the attention has been shifted to Hazard. Mourinho is aware of the interest but claimed PSG can forget about signing Hazard and Oscar, lest, they have to pay around £300m to secure their services. 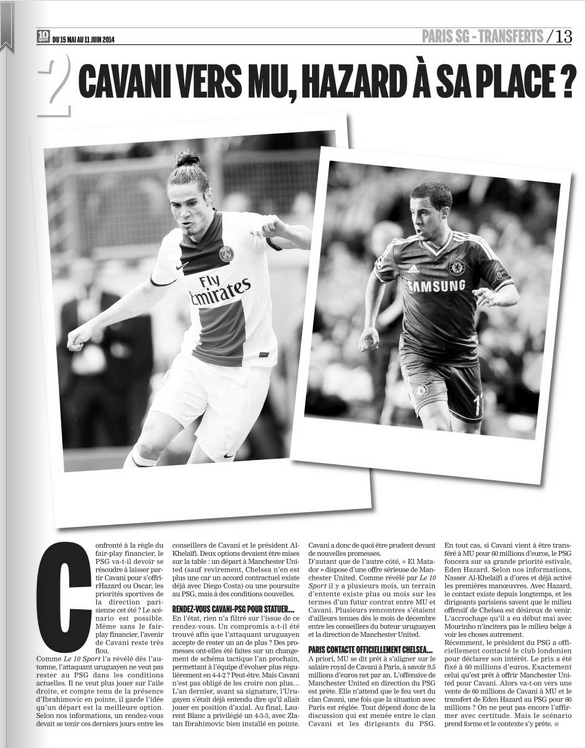 Le 10 sport also claims that Oscar also remains a priority for them in the summer. However, Chelsea are in mood to entertain any offers for the both Hazard & Oscar, who are seen as the future of this club.